Hey, The Winter Olympics are Great

Before we do though, if you wanted to knock the last Winter Olympics and dish out grievances based on the lack of a wintry-looking environment and the dark clouds of doom and ill will that is Russia, fine. But dude, from what I’ve read, they actually have snow in South Korea. It feels like winter over there. Sochi was a summer resort town. I have no idea why someone thought it’d be a good place to host the Winter Olympics. Well, I have a little bit of idea and it starts with “m” and ends with “oney.” But I would also guess that when it came down to it, everyone probably just assumed the place was cold because it’s Russia and it’s not as if we’ve gotten many glimpses of Russia that didn’t include people looking cold and snow everywhere. I for one didn’t even know they had summer resorts in Russia and if they did, they featured bears in Hawaiian shirts vaping and talking about hockey.

So this time around it will actually look like winter. It will feel like winter and winter, while shitty in it’s own right, is pretty picturesque in the right circumstances. I like how sun reflects off of snow. I like how a person’s breath looks steaming out of someone’s mouth as they look out longingly at a towering mountain side. I really like looking at all of this stuff while I’m inside. While I’m warm. You being cold is a bummer, but looking at someone else being cold can look downright poetic in the right situation. The Winter Olympics is such a situation.

The downhill skiing events are crazy. Those nut jobs are straight up flying down the mountain at upwards of seventy, eighty miles an hour and they’re in control, but just barely. They are so barely in control that they actually look out of control, but the lowest possible way someone could look out of control while racing down a hill. You watch downhill skiing and there’s definitely a part of you that is really just hoping nobody dies. This is a common theme when it comes to the events at the Winter Olympics.

The skeleton? Someone rocketing down an ice tube on a vessel that would barely be considered anything more than a chain Flavor Flav would wear? You’re hoping they don’t die.

The ski jump? Someone goes from chilling on a bench to absolutely zooming down the largest effin’ ramp imaginable, then literally flying through air and landing in the uncoolest way possible, arms outstretched, knees bent as if they were giving a little kneel on their way back from communion. You’re hoping they don’t die.

The bobsled? You’re hoping they don’t die (as well as thinking about Cool Runnings.) 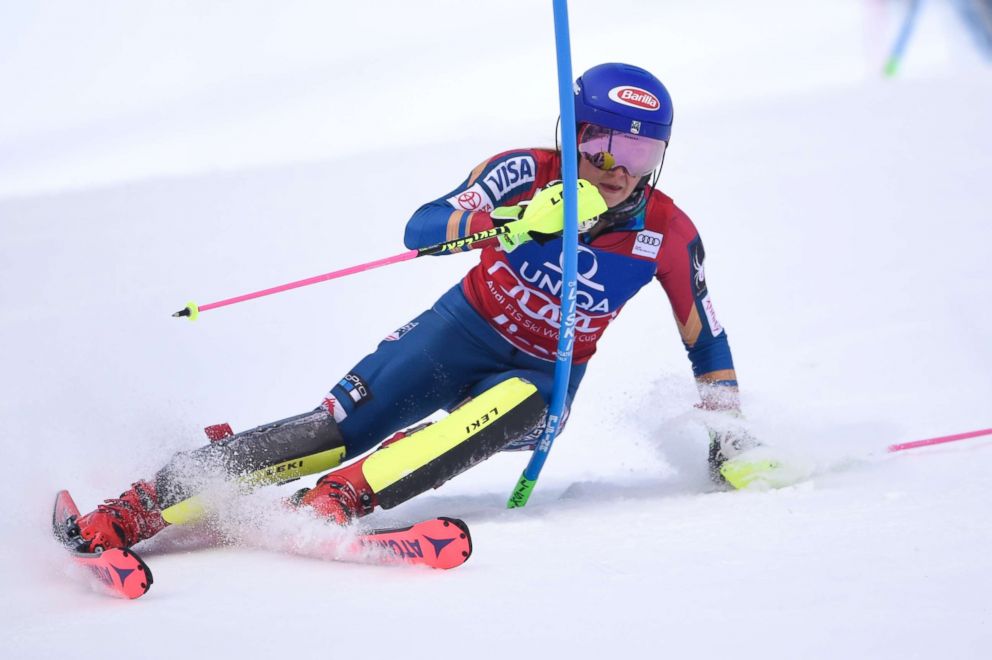 The Winter Olympics are fantastic because there is legitimately an element of life or death involved. At any moment, you could either see someone do something amazing, maybe even break a world record, or see someone break all of their limbs, maybe even die. The Winter Olympics have stakes beyond who wins and who loses. You don’t have that kind of looming threat at the summer games. You have swimming and beach volleyball. You have gymnastics. This isn’t a shot at those sports. Those sports are great to watch. But unless something gets weird, no one is possibly dying.

Well, maybe in beach volleyball. Heatstroke is no joke.

I only bring up this defense of the Winter Olympics because over the past few days I’ve heard a decent amount of nay-saying and poo-pooing of the games. Most criticism unfairly positions the Winter Olympics up against the Summer Olympics, which again, is like comparing a younger sibling with an older one. The world stops for the Summer Olympics. For some reason this isn’t the case for the winter games, which is weird because winter is boring and prime TV viewing time, whereas summer is when we should all be outside, working on our beach volleyball game. It seems like this popularity, this level of attention, should be flipped.

Is it because the Summer Olympics draws bigger names? Maybe. The Summer Olympics have basketball and that features an all-star squad of NBA players, which is interesting, albeit anti-climactic because they don’t really face much competition. The Summer Olympics have gymnastics and we loved them even before this reason scandal that unfolded. Now we’re going to really love them, and for damn good reason. At this point I’d be down with Aly Raisman running for president. Swimming is fun to watch, but I wonder how much the sports popularity in recent years can be attributed to Michael Phelps and how much of a drop off there will be if he doesn’t compete in 2020.

There are big names in the Winter Olympics though. It’s not as if it’s a battle of no-names. And some of these names aren’t names we only hear about the Olympics come around. Snowboarders and skiers in particular make news frequently in between Olympics, whereas you really only heard about Phelps in years past if he was having a run-in with the law or was hanging on the sidelines of a Baltimore Ravens’ game. The same goes for gymnasts. If not for this recent trial, the next time we most likely would have heard from Raisman and Simone Biles would have been a month or so before the next Summer Olympics. Well, unless you’re a big gymnast head. If so, my apologies for making assumptions.

Maybe I’m over-reacting. Maybe I listened to the one or two podcasts that featured disparaging comments directed towards the Winter Olympics and missed breathless and endless praising of the games. It’s very possible. There are so many hours in the day.

But either way, the Winter Olympics are great. True they don’t feature beach volleyball, but beyond that, they’re definitely not lacking when it comes to stuff to watch, stuff to enjoy and stuff to obsess over. 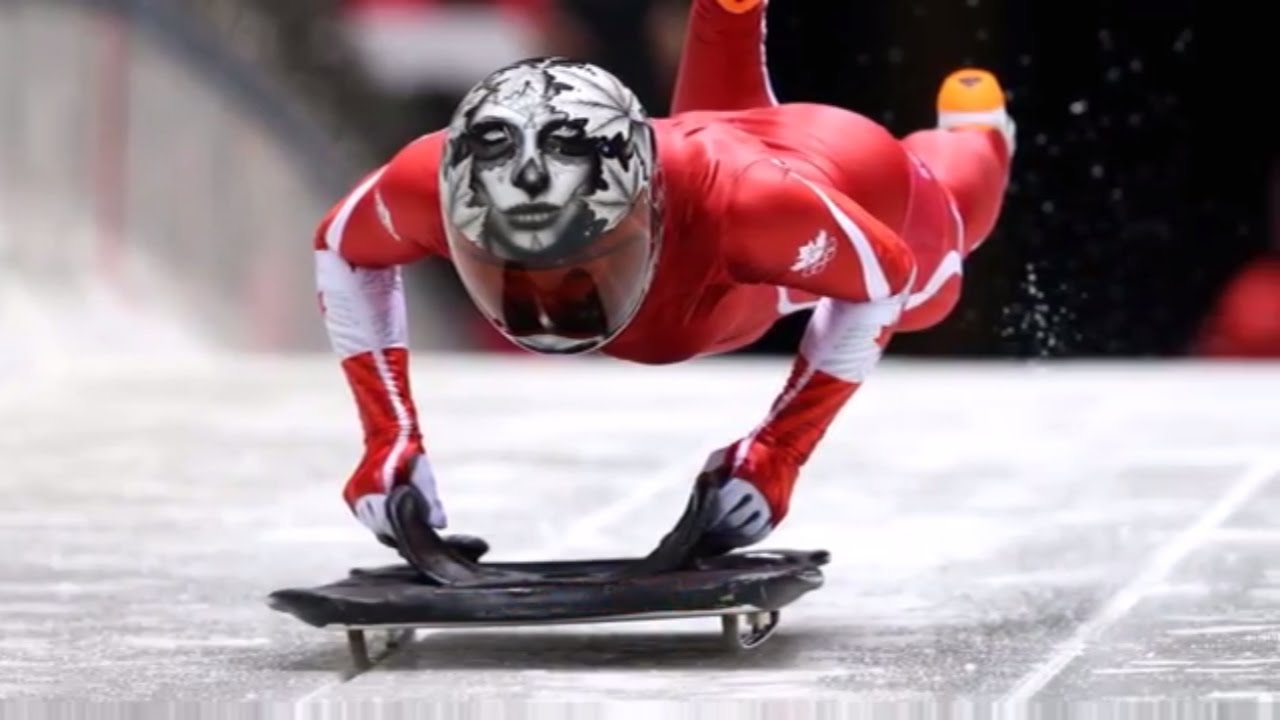 Watch the Olympics. Take a minute to think about how absolutely insane a sport like skeleton or bobsled or wicked super fast downhill skiing is. Think about how bizarre the whole act of the ski jump competition is. You probably swim. Not all that foreign to you. But you definitely don’t get on something the size of a dinner plate and rocket through an ice tube of potential death and destruction at a crazy high speed.

Or you do and again, I’m making assumptions.

But if that’s the case, you’re already watching the Olympics so I’m not worried about you. Or I am because you actively chose to compete in the skeleton when you could have gone with an option that is really only safer in comparison, the bobsled.

See? The Winter Olympics are nuts.