“Stormborn” started out innocently enough, moved along in interesting and fascinating ways as the show, once a sprawling epic with main characters all over the place, is now much more concentrated with most of these characters now interacting on a regular basis. Then shit got real…real effin’ gnarly. The last ten minutes or so of the episode was intense, almost too intense for a lazy Sunday evening. I don’t know if that was Yara hanging there from the bow of a sinking Greyjoy ship or not, but either way, that image has all but flat out haunted me since.

Ugh, that was brutal. It also leads us to this week’s song of the week.

Let’s get to this week’s Plot Line Power Rankings. 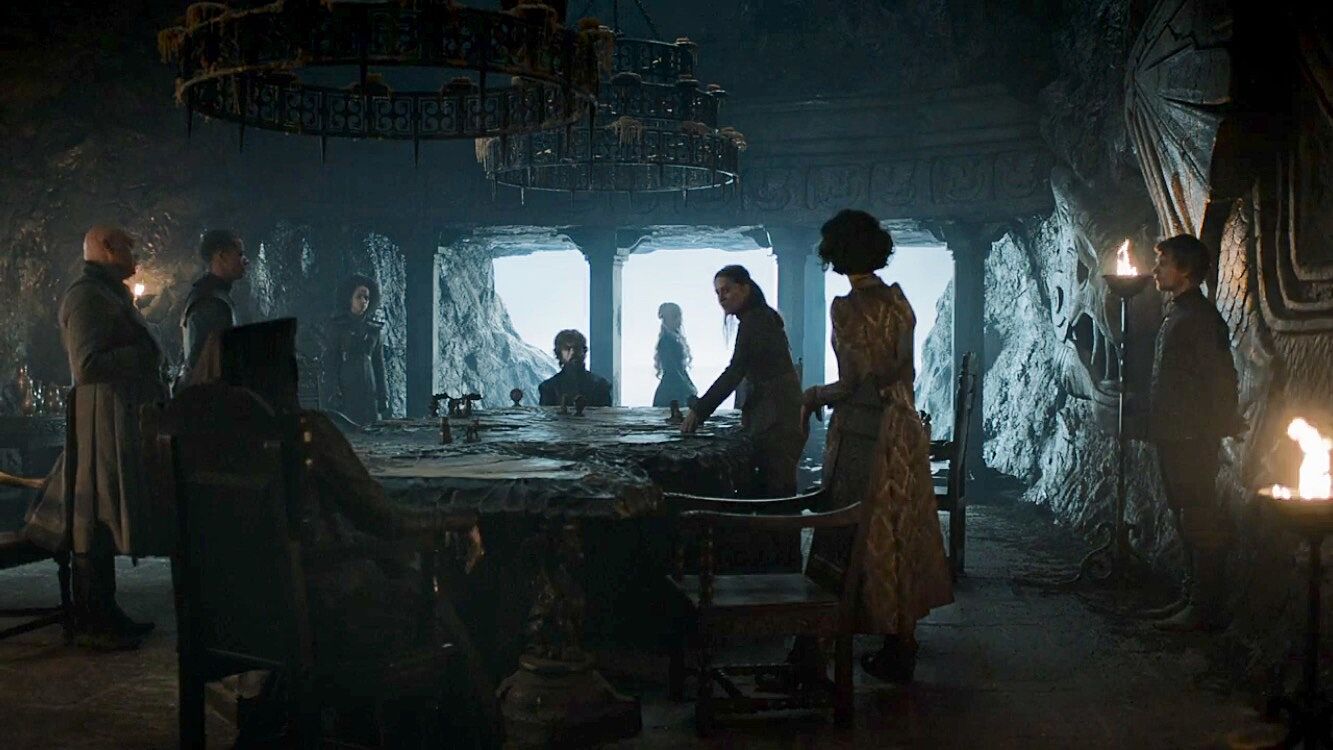 Kind of a week of ups and downs for Daenerys and her squad. Right off the bat she got a lovely taste of the wonderful weather Dragonstone has to offer. Oh, but it’s the best kind of driving rain. On the plus side, it’s not like the storm could knock out the power or anything. See? Ups.

Things kicked off with Varys getting a much-deserved talking to from the Dragon Queen, because let’s be honest, that dude has shifted his allegiances roughly eighteen times since the show started, give or take. He was with King Robert, then he wasn’t. He was also cool with Danys asshat older brother, then he was with Danys. He bailed on Joffrey and the Lannisters to head east to find Danys. If this were a job interview, HR’s first question would be why the hell have you had some many jobs. Varys’ LinkedIn page is way too long and way too scattered. Hard to find a through line. I know I’d have questions about his loyalty. Can’t totally trust a dude who keeps hiding his hands. Everyone knows that.

Someone else who is cool…or should I say…fired up about Daenerys…get it, fire…Melisandre…fire gods and the like? Okay, sorry. But Melisandre decided to swing by Dragonstone to sell Danys on the Great War and with the help of the lovely Missandei, clear up some muddied translation issues we’ve all had with this whole “prince that was promised” prophecy. You say “prince,” you think dude. But guess what, in High Valyrian, prince isn’t gender-specific. It also could mean “two.” So you know, bonus song of the week!

Then we have our first meeting of Team Dragons, with the ladies of Dorne, Lady Olenna and Yara & Theon on hand to talk strategy, specifically, why are we in Dragonstone and not King’s Landing? Valid question, a question Tyrion has an answer for. I’m not sure if it’s the answer we wanted, but it’s the one we got. A little you go there, you go there, we go here and bing, bang, boom, Cersei will simply hand over the keys and her parking spot and be on her way. I mean, really, what could possibly go wrong?

But really though, should we be concerned about a rat in Daenerys’ inner circle? How did Euron know where Yara was? Euron straight up ambushed them and while I’m not overly familiar with the ins and outs of marine warfare, I’d imagine an ambush at sea would take some planning. Maybe it was luck or maybe Euron knew where to look based on experience, but it’s definitely a little suspect that he was able to pull that off and that he knew Ellaria was on board and that Ellaria, who killed Cersei’s daughter, would be a perfect “priceless gift” for Cersei.

Oh and Theon…what the hell Theon? That’s all I have to say to you, sir.

Say what you will about our boy Jon Snow, but you can’t say he lacks focus. Jon cares about one thing and one thing only (i.e. The Night King.) His daily to-do list is pretty straight forward; basically the exact opposite of Jared Kushner’s.

In addition to that, Jon is busy with correspondence, whether it’s notes from his BFF Sam or friendly invitations from his old traveling buddy Tyrion. Yes, history shows that a Stark traveling south never ends well, but I think Jon made the right choice. And now Sansa is in charge, which is pretty cool.

3. Keeping Up with the Lannisters 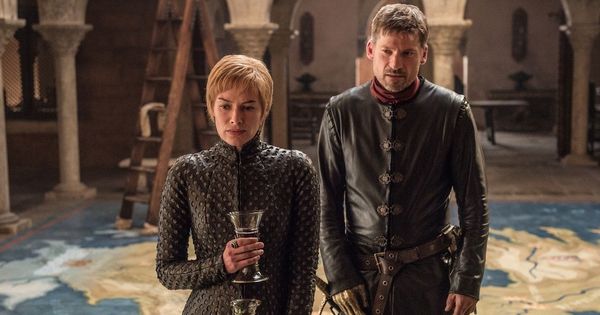 Cersei is kind of doing the right thing as she makes an argument based on straight up xenophobia in an attempt to rally some allies. She’s also kind of right. The Dothraki are pretty much savages and the Unsullied are mercenaries. The Dothraki might also be wonderful musicians or really good cooks, but when you make a name for yourself raiding villages and raping people, that’s going to overshadow everything else. And hey, the Us vs. Them pitch is a strong one and as far as cards go, it’s the best one Cersei has.

Speaking of to-do lists, is there anything Qyburn isn’t working on right now? That dude is everywhere. Bringing up Kushner again, Qyburn has kind of become the Kushner of the Lannister administration – he has his hands on nearly every aspect of their agenda. Although to be fair to Qyburn, he’s actually getting things done.

4. The Needle & the Damage Done

Arya obviously hasn’t been on Twitter lately (or reading this blog) as she hadn’t heard a damn thing about the Battle of the Bastards and the Starks re-taking Winterfell. We’ll chalk it up to poor cell reception on the King’s Road. Thankfully Hot Pie is there with not just tasty treats, but tasty nuggets of intel and just like that, Arya is changing course and headed home. Man, just think about how intense it’ll be when her and Sansa sit down and catch one another up with what they’ve been doing since they last saw each other.

“Well,” Sansa says, after taking a sip of her wine. “I was married to not one, but two sadistic monsters, briefly married to a one of those monster’s uncles, accused of murdering the king, jumped off a super high wall with Theon and now I’m being hounded by an old perv who grumbles like a frog with a frog in his throat.”

Arya takes a long slug of her ale, spilling some of her chin. She grabs a rag and wipes it off and then looks at Sansa.

“I pretended to be a dude for a while,” Arya says. “Then I interned with Tywin Lannister, was taken prisoner by the Hound, ran away to Essos to become a Faceless Man, did a stint there, sold some seafood, was blind for a bit, killed a cyborg who was a real bitch to me, came back and killed a bunch of Freys.”

They sit in silence for a few moments.

“Did you see Master of None?” Sansa asks, breaking the silence.

“I think the Italian gal was in the wrong.”

“Maybe. I think she was just confused.”

Not heading North with Arya is her old wolf Nymeria. That would have been a little too perfect, but that doesn’t mean it’s not a bummer that it wasn’t a full-blown reunion. It makes sense, though. Arya could see Nymeria had her own thing going now. Game recognizes game.

5. The One Where Sam Reads Books

I’m just going to say two things about our adventures at the Citadel this week.

One, telling someone not to scream as you peel their skin off is perhaps the worst example of bedside manner in the history of medicine, real or imagined. And two, this better lead to something, Jorah and Sam riding North together or something, because if not, that was just eff’d dudes.