My 25 Best Movies of the Century (So Far)

Earlier this month, Manohla Dargis and A.O. Scott of The New York Times compiled a list of the 25th best movies of the century so far. It’s an interesting list, they have They Will Be Blood first, a selection I’m cool with. Million Dollar Baby at third, though? Questionable. Honestly, I prefer the spoof of the movie It’s Always Sunny in Philadelphia did.

The good fellas at The Watch podcast turned me onto the list when they talked about it, then ran through their own lists, lists I’m somewhat more inclined to agree with.

With respect and deference to @aoscott & @ManohlaDargis, here's my list of the top 25 films of the century (so far). pic.twitter.com/lMQMINYEwG

Today @andygreenwald and @ChrisRyan77 debate the 25 best movies of the century so far https://t.co/vbr9Yrig18 pic.twitter.com/1Fpd2HuKjY

I then immediately started thinking about what would be on my own list. Anytime someone produces a list, it prompts two reactions. The first is to blindly disagree with it, maybe agree with it a bit, but generally take issue with it. The second reaction is to start thinking about your own list. With Andy and Chris’ lists, I didn’t really have any major objections. I don’t remember Michael Clayton nearly as fondly as they do and I still think the magic of Sicario was lost on me, something I hate to admit.

If anything, what tripped me up was the subtle difference between calling something “the best” as opposed to saying it’s your favorite. Trying to split that difference, though? That’s tough business. I think it’s hard to quantify something as the best without it being the best because it’s really just your favorite. Taking the emotions out of something like this is hard.

Which is why I maybe, kind of didn’t. Or I did. I don’t know. It’s 2017 and some of these movies came out a while ago. If they’ve stuck with me this long, it’s because they have some kind of emotional attachment to me. They might not be my favorite per say, but there’s something about some of these movies that have stuck with me that falls along those same lines. That means something. That trumps artistic merit in some cases. 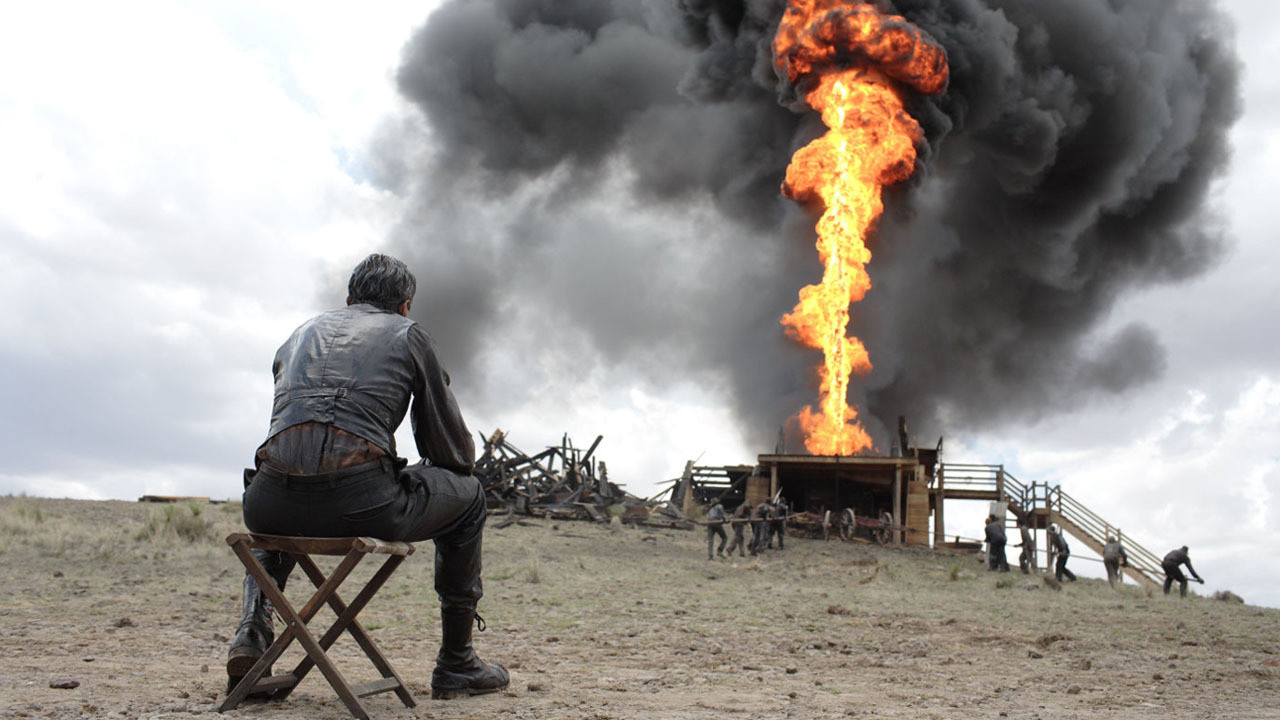 You can’t mess with There Will Be Blood. That movie is a masterpiece. That movie will stand the test of time. I was working on this, my wife leaned over, asked what I was doing, I told her, showed her my list and she nodded, saying “oh yeah, There Will Be Blood is amazing.” It’s Paul Thomas Anderson at his best (although you’ll see that The Master made the Honorable Mention list) and it’s Daniel Day Lewis just completely owning the screen, something he also did in Gangs of New York, and in both situations, he made each movie better.

Borat is number two because as far as comedies go, Borat was a comet. It was a beautiful rarity that was a one in a million shot. It’ll never be duplicated. Imitated? Yes. But there will never be another Borat. The movies 3 through 25 could all be replicated in some way or another. But not Borat. Borat will be studied by future generations, and for damn good reason.

If you haven’t seen The Assassination of Robert Ford by the Coward Robert Ford, them I’m sorry for you. It’s a beautiful movie. Just beautiful. It’s quiet, it’s tranquil, it’s intense…all at the same time. Go see it, go watch it. Like right now. I can wait.

For other comedies, I wanted to include both Anchorman and Step Brothers, but ultimately elected to name them 5A/5B. They both belong on this list. Tropic Thunder is one of the most rewatchable movies there is, Napoleon Dynamite is timeless and The Royal Tenenbaums separates itself from other Wes Anderson movies, especially the last few he’s made.

The Dark Knight is there because even though the last third of the movie is, I don’t know how to say this nicely, not great, it has one of the best openings of any movie in recent memory.

It’s also the high point in the Christopher Nolan Dark Knight trilogy and that deserves our respect.

I’m giving Quentin Tarantino two movies because there’s no way I could pick one over the other. Django Unchained and Inglorious Basterds are equals, twin towers of this century. Ocean’s Eleven is there because I can’t remember a movie being so much fun and so enjoyable and that means something. Sure, the sequels were junk, but that doesn’t diminish the power of the original. Another great original on the list is The Bourne Identity because that’s another one of those movies that brought with it a feeling, the feeling of seeing something new and exciting. It could be what ultimately made Jason Bourne such a bummer. It felt like seeing a tired old ball player past it’s prime trying to keep their career going. Never a good look.

The inclusion of Munich on the other’s list promoted me to add it to mine because I was reminded of how much I love that movie, even though I honestly haven’t thought of it in years. I remember thinking a lot about it after first seeing it, something that again, means something all these years later. I’d watch Munich right now if The Bachelorette wasn’t on. There’s always tomorrow, Munich.

The draw of recent movies was hard to ignore, but I had to give some love to at least a few. So I went with Get Out, Moonlight, Spotlight, Boyhood and Mad Max: Fury Road. I’m not a man who regrets a lot. However, with that being said, I routinely regret not seeing Mad Max: Fury Road in theaters. This is what I get for talking my wife into seeing Grown Ups in theaters all those years ago. Karma is a son of a gun that way.

There was a part of me that felt like I should put City of God at number 1. I honestly can’t remember watching a movie that hit me so hard like City of God did. That movie is a gut punch, but a gut punch you can’t take your eyes off of. Finding someone else who had seen that movie, who loves that movie, is like finding someone who speaks the same secret language as you. You have an understanding no one else does.

City of God can’t be above There Will Be Blood though. And as I’m sitting here, I do feel like it should be higher. But I also can’t see moving any of the movies that are above it. This just one of those lists where the top 5, mainly 2-5 are interchangeable.

Oh, I forgot about the honorable mentions!

Of these movies, I’d say The 40 Year Old Virgin have the best bet of cracking the top 25, but I could also make a case for any of them to be included.

That’s my list. That’s my list of honorable mentions. These are a couple of the documentaries I’d include if I felt compelled to:

I think if anything were to change if I went back to this list a year from now, it’d be one of those docs sneaking in the club. If not one of those, maybe one that comes along this year.

Tags: Anchorman, best movies, Borat, There Will Be Blood