The Fourth ‘Westworld’ Q & A

I have good news and bad news. We’ll start with the good news.

Westworld turned a corner this week.

I mean, I think they did.

No! They did. Pieces started moving, plots started to take shape, Bernard definitely seems like a robot. Oh and Maeve is the hero both America and West World deserve but I think I speak for everyone when I say that maybe, just maybe, she’s not naked all the time. After awhile it seems like a little much. Whatever. Don’t mean to sound prudish. Ha, prudish. I’m old.

Right off the bat, is Bernard a robot?

Mentioning his son is a code word, trigger mechanism of sorts, right? Whenever Ford says something about Bernard’s dead son he kind of shuts down. That’s proof he’s a robot.

Does it matter that Bernard is a robot?

No, not really. Not yet at least.

Moving on, nothing major on the two timeline front this week but where we do we stand on the idea of two timelines?

We stand on the side of two timelines, especially after watching this clip.

I do think though that it’s not going to be as cut and dry as William is the Man in Black and whatever journey William and Early Dolores are on leads to William becoming the Man in Black. I just think it’s A) too cheesy and B) I want nothing to do with it because it’s a tired trick. I for one am much more interested in Arnold than how the Man in Black came to be. I think we’re putting extra emphasis on the character because Ed Harris plays him.

Okay, so Arnold…alive or dead?

I think his spirit is alive, but he’s dead.

When Bernard stumbled upon the weird robot family, did you think the dad was Arnold?

Totally. I even said it out loud.

Totally, but maybe it cuts down some of the idea that Ford is this evil, all-knowing overlord. 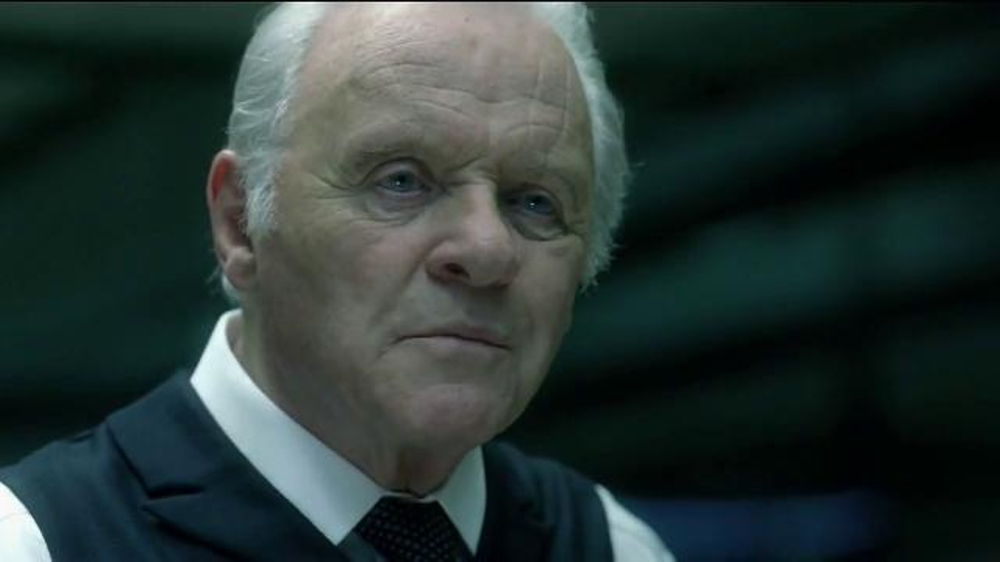 I think you could make the case that with Ford seemingly preoccupied with recreating his childhood, he might not be as on top of things as we thought. As of now he seems completely oblivious to the Lady from Risk Management’s secret plan.

She has a name. It’s Theresa.

She’s obviously never seen the first two episodes of The Crown, because if she had, she might not be smoking as much. But either way, what’s her goal here? Do you think she’s doing something like hijacking the functionality of the hosts to make Ford seem like a liability? Or is something else?

That could be part of it. She also might be hacking their information. As some folks have pointed out, these hosts have seen some shit and they’ve seen shit done by some well-to-do people; people that may have a vested interest in their activities in the park being kept quiet. She could be angling to do some black-mailing. Or maybe it’s a combination of both. Hard to say right now. But she works for the money people and Ford is on the creative team. If we learned anything from Mad Men it’s that creative and finance are naturally enemies and exist in constant opposition.

What was up with the drunk writer dude?

It seems like he’s going to be roped into Theresa’s plan, which also includes Creed’s girlfriend from Creed, who is popping in from corporate.

It does. But you know, I don’t care much for him. He’s very loud.

Agreed. Moving on, who grabbed Elsie?

Someone obviously on Team Theresa.

Could that grabbing have been anymore telegraphed?