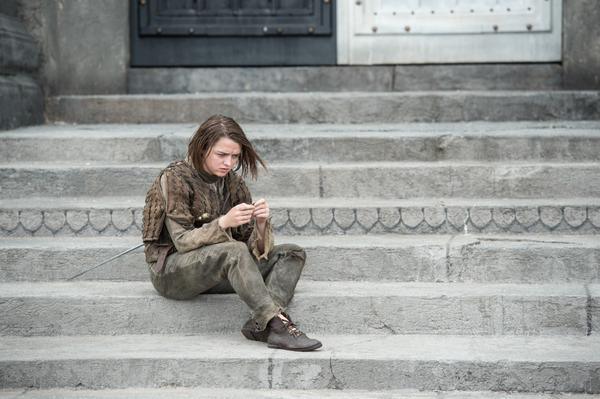 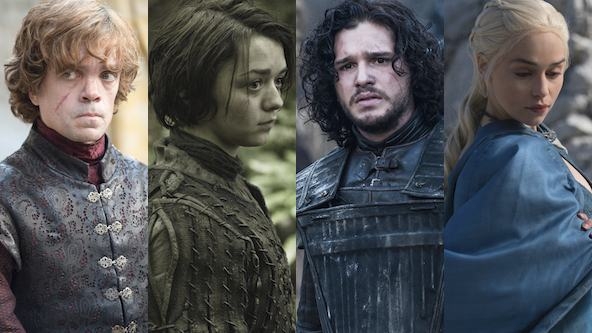 If you really think about it, rarely does something go from good to great- or to take it a step further, from great to down right amazing. Something is either good and it stays good or likewise, something is great and it stays great. It just seems to be how things shake down.

Case in point, Game of Thrones is great and it’s been great since the jump. Great was it’s ceiling. Maybe once or twice it dropped down a notch or two (i.e. that whole Theon torturing debacle) but for the most part it’s maintained a consistent level of greatness that is something worthy of appreciation, admiration and adulation.

This week that changed. Game of Thrones went from great to incredible and did so with their latest character team up- the latest in a long line of spot on marriages.

Are you kidding me, Game of Thrones? Really? You’re putting these two dudes together? That’s effin’ genius! Now there’s been some mighty fine pairings on Game of Thrones– Sam & Jon, Tyrion & Bronn, Jaime & Brienne, Arya & the Hound, Hodor & his diary, but this one takes the cake. I’m getting all fired up just thinking about the potential this dynamic duo has. I don’t even care what they’re doing! Wait, what are they doing? Road trip to Dorne bro! A Spring Break adventure with a dash of a rescue mission and a splash of sassy hijinks. I can’t be the only one who thought that we had seen the last of Bronn when he said a near tearful goodbye to Tyrion after refusing Tyrion’s wonderful offer of cold ass northern riches in return for fighting the Mountain. Bronn was off to the ‘burbs, yo! Taking the kids to soccer practice, mowing the lawn, plotting to kill his sister-in-law. But now, not only is homeboy back, but he’s teamed up with Game of Thrones’ best partner in crime, Jaime. Based on Jaime’s choice of attire (he’s apparently going for a cosplay version of Han Solo) Bronn will assuming the role of Chewie. That’s awesome! The whole thing is awesome! I really could care less if they rescue Jaime’s  “niece” or not. I never want this pairing to end and want it to last all season. And then next season, and the season after that, and then spawn a spin off series, and a movie, and…well, long story short, I already never want this relationship to end.

2. Homies on the Wall

Congratulations to Jon Snow, newly elected Commander of the Night’s Watch. His first job (after mending some bridges and warming some frosty relations) is obviously recruitment. Numbers must be down significantly after the whole dust up with the Wildlings and I would imagine Jon needs to bring in some new blood. I would suggest a strong social media campaign and raven advertising. Yet while we’re congratulating Jonny Big Britches, it should be noted that dude turned down a serious offer of legitimacy from Stannis- an offer that would have made him a Stark once and for all. So on the one hand- losing the bastard label and properly avenging your pops and brother and on the other hand, becoming the COO of a quality lot of rapists, pillow biters, horse thieves and old bastards who can’t stand you. Tough one, Jon Snow. Well, at least you still have Sam.

Our girl Arya has finally made it to Braavos, which it should be pointed out- looks like a dope town. She gets dropped off at Sigma Ep Faceless Man, also known as the House of Black & White- the home of the Faceless men Arya has come to join. When thinking about it, getting turned away and essentially forced to prove herself was a more probable response than them simply opening the door and letting herself in. These are the Faceless Men of Braavos- they don’t do simple. They do shape-shifting and double talk. Welcome aboard, Arya! I’m almost as excited to see where this goes as I am for the Jaime/Bronn tag team. Also, on a show with so many characters and so many bouncing back and forth between good & bad, couldn’t you make the case for Arya being the one true character we are all rooting for? Jon is cool, but he’s frustrating. Danys has all but charred her good will she gathered up throughout seasons two and three and Tyrion is great, but he’s still a Lannister and no one can 100% support a Lannister. So that leaves Arya. Viva la Arya!

4. Over in Essos: the Tyrion Chronicles

Okay, I was really hoping that Varys and Tyrion would take a boat to Mereen so they’d get there faster. I looked at a map of Essos– travel by boat definitely seemed like an option. Come on guys, let’s get there and get down to business. Please. Do it for me, my family, my friends, people I don’t even know who feel the same way. Just get to Mereen!

After a near miss last week, Brienne & Podrick finally come face to face with Littlefinger and Goth Sansa. How does it go? Well considering Brienne’s lack of social skills and inability to read social cues- not so well. And leave it to Littlefinger to point out the obvious- Brienne’s resume is shaky at best. It’s like a LinkedIn profile filled with quality positions but length of times worked at each being suspiciously short. Oh that’s cool, you had this job here, but could you tell me why you only worked there for two and a half months? Brienne is basically a paper champion, only that paper is burned at the edges. She means well, that’s for sure, but she really needs to work on her sales pitch. Maybe ditch the I swore my life to this person (whose dead) and that person (whose also dead) and focus on the I have a bad ass sword, I kick ass and am BFF’s with Jaime Lannister whose super cool. That would get people for sure! So while we still don’t know where Littlefinger and Goth Sansa are going, we at least know that Brienne and Pod are on hot pursuit. But we just have no idea what Brienne is going to do if she catches up to them. She’s kind of becoming like Stacy, Wayne’s girlfriend in Wayne’s World and to be honest, it’s getting a little embarrassing.

6. Over in Essos: Danys Does the Day to Day

7. Keeping Up With King’s Landing

Stay tuned to find out!

Dorne looks like a wonderful place to live- sunny, those water gardens look splendid and I bet the food is really good. Dorne is where Myrcella, Cersei’s daughter is, having been there since season two (or maybe three) when Tyrion sent there and bethroeded her to…someone. Dorne is also where last season’s Rookie of the Year, Prince Oberyn, was from and Dorne is ruled over by Oberyn’s brother, Doran. Doran has seen his sister, his brother, his niece and nephew all killed by the Lannisters. So there seems to be at least some likelihood that he’ll be looking for revenge this season, just no time soon as dude seems like a more relaxed, play the long game kind of fellow.