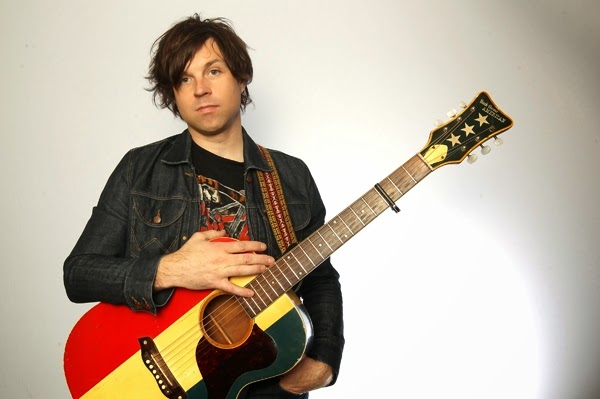 I don’t really know why I never listened to Ryan Adams.

I just didn’t. I never put much thought to it- either listening to him or wondering why I didn’t. Whispers that he’s kind of a douche may have played a small part, but it’d be a miniscule part of the reasoning. We don’t want our rockers to be gentlemen or gentlewomen. It’s not exactly necessary. Play good songs, I could care less about how you handle your day to day affairs.

Ryan Adams just never seemed to make the cut for me. And this was something I was fine with.

However this started to change when I became conscious of the fact that Adams sang “To Be Young,” which was song I was familiar with and had always liked, although never enough to learn anything about it. You know, like who sang it. I just enjoyed listening to it. How could you not? It’s a shit-kicker of a great rock tune. That song was on Adams’ 2000 record Heartbreaker, which I think was his first (editor’s note: it was his first solo album after leaving the band Whiskeytown.) The fact that a song like “To Be Young” would be on someone’s debut album is kind of crazy. It’s an old man rock song, spattered with creakiness and world weariness. How could a young artist even conceive such a song?

Now knowing that Adams sang “To Be Young,” I was more curious about him. This also coincided perfectly with the release of his new album, Ryan Adams. The wife has satellite radio and a couple of the stations have been playing “Gimme Something Good” fairly regularly. It sounds like Tom Petty in the best way possible- more of an echo of Petty as opposed to a knock off of Petty. This was two Adams’ songs now that I was immediately drawn too.

Ryan Adams may be onto something.

Ryan Adams seemed like someone I should listen to.

I would start with this new album, Ryan Adams– see where that goes.

This new self-titled album of Adams is really, really good. It is not an exaggeration to say that I’ve listened to it 4 times today. If easy listening wasn’t such a derogatory term, I’d say this joint is some damn fine easy listening. Because it’s just that, easy to listen to, easy to enjoy, easy to hit repeat and spin again. Ryan Adams sounds like a moment in time- but not this current time. It sounds like early 80’s sunny California. The guitars are clear and delicate, the drums are dulled, the vocals and harmonies as white and vanilla as possible. It’s as if Adams was recording one room over from where Tom Petty and the Heartbreakers were recording Damn the Torpedoes and thought that whatever those Florida boys were doing sounded damn good and worth giving a shot. This is a just a good rock record, released at a time when good rock records are few and far between. Oddly enough the last good rock record released was probably by Petty and the Heartbreakers themselves- Hypnotic Eye.

Maybe because both have a timeless sound both are able to fight through the sludge, drip and drab of the current rock music landscape?

Maybe well-crafted rock songs and clean guitars are where it’s at? Not singers banging on floor toms and rock bands with no bass player.

Maybe what worked in the beginning worked for a reason?

Listening to Ryan Adams a fifth time and I’m thinking less about the album and more about Adams himself; thinking about how a deep dive into his discography is on the horizon. It’s going to be a task. Dude has released quite a few albums. A different time and a Greatest Hits album would have been ideal for a situation like this. Adams doesn’t seem like a Greatest Hits album kind of dude, though. So the deep dive might have to do.

But first, let’s finish Ryan Adams one last time. Those last three tunes on the album are killer.