But while sitting in the Orlando airport, a spot by the window with the Florida shining in and a less than awesome cup of coffee in my hands, I took the opportunity to listen to something I hadn’t really listened to in awhile. My people-watching soundtrack would be some good ol’ Widespread Panic. They’ve popped up on some of my Spotify playlists and for a hot minute, when I saw they were playing in Philly this summer, I thought about going. But I hadn’t really dedicated myself to listening to the band in awhile. A morning of waiting in the Orlando airport seemed like a good time to do so.

When it comes to Widespread Panic, I have three distinct memories that are conjured up by listening to the band these days. 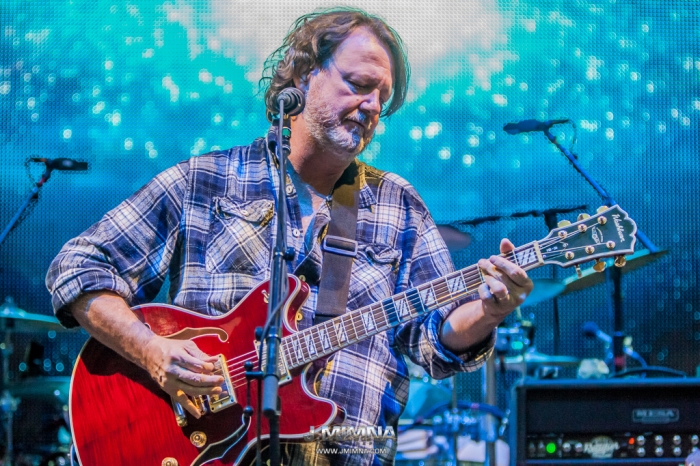 By my senior year of college, Panic had become one of my favorite bands and had overtaken Phish as my top dog jam band. Their southern rock-ness appealed to me and I liked that they were more rock ‘n roll than Phish. They seemed more genuine and real. More organic. Phish seemed like professors, Panic seemed like dudes. Panic was scheduled to play down the street from Goucher at Towson University in the spring and I was super stoked to go. I hadn’t seem them before and seeing a band you love for the first time is always a great feeling and a great time. The night would have a retro-tinge, harkening back to my first two years of college and traipsing around the halls and dives of the greater Baltimore area, chasing down jam bands and hippie shows. Only a year or so removed from those days, it seemed a lifetime had passed, which is how quickly things can change in your early twenties. Also going to the show were my old crew from those noddle-dancin’ days and I’d be meeting up with them. By this point they were battle-hardened professionals and I was out of practice. I was eager to get back in the game, though. If only for one night.

The night would be memorable, but not in a good way.

In the days leading up to the show, I made the unfortunate error of running with bad intel I had gotten from a friend. Said intel reported that there would be an opener at the show. An opener. An opener? For Panic? Yeah, I know. Bush league. At that point Panic went sans-opener, playing two set shows like Phish and other jam band heavy hitters like moe and String Cheese Incident routinely did. Someone more in tune with the scene would have been able to sniff out this bad intel right away, but I was not such a person and thus, did no such sniffing. Instead I passed this along, passed it along with confidence to my old crew. They had their doubts, but ultimately believed me. I’ve been told I have a trusting face.

I was wrong. There was no opener. Of course. And we rolled up right as the first set was ending.

I felt like a horses’ ass, but was determined to still make the best of the night as we entered and the second set started shortly after. Everything seemed to be falling into place and familiarity washed over me. Back in the game! I felt so back in the game I decided to try and pull off one of my favorite old moves- snaking my way to the front of the crowd for the encore. I had done this plenty of times back in the day. It was a game; a challenge to see how far up I could get- an even more daunting challenge depending on the size of the show. My greatest accomplishment by far was at Phish’s Millennium show in Florida, bobbing and weaving through 80,000 people to get to within 50 yards of the stage. Feeling a rush of nostalgia, I went for it again; a much easier feat to accomplish because a college gym ain’t no Indian reservation and by moments before the encore was about to start, I found myself front run center, feeling pretty damn good about myself.

That was until I had a very pissed off hippie gentleman all up in my business, yelling at me for stealing his spot, a spot he had laid claim to all tour, he exclaimed. All tour? Shit man, I was just a tourist, a benny in these parts. I felt so small and so cheap. I felt like an alien. I felt…well kind of effin’ pissed when this dude spent the entire encore in his spot with his back to the stage and talking to his friends the entire time. What the shit, man! Yelling at me and then not even paying attention! Maybe I was a foreigner here, but as the encore ended, I was totally cool with it. Propriety has no place at concerts. We’re all in this together.

Or at least I thought we were.

One of my cousins got married in Vail, Colorado one summer. It was a delightful weekend of joyful boozing in high altitudes.

The reception was a blast and featured a killer band- one of those worth the price of admission wedding bands. As the night went on and as the drinks went down, my desire to play drums grew and grew. Not knowing any better, I rambled up to the band leader while he was on a break.

Life is all about The Ask and the band was cool with it, letting me rifle through their song catalog to pick a song to play. I picked “Superstition,” yet no so much out of love for Mr. Stevie Wonder, but because I was currently obsessed with the Panic live album, Another Joyous Occasion, which was a compilation of live recordings culled during shows Panic did with the Dirty Dozen Brass Band. “Superstition” is on the album, a great version of the tune and with that in mind, I played the song with the wedding band.

When I was finished, my cousin came up to me laughing, saying how great it was what just happened- couldn’t believe it happened. His friends joined them, saying it reminded them of being back at Panic shows.

Drinks on the house!

At some point between 2002 and 2006, while I was living in Maine, Widespread Panic played a show down in Boston at the Orpheum Theater, a legendary joint. Still big into the band, I jumped at the chance to go down and see them. The fact that they were playing at a place like the Orpheum, made it even more appealing. A buddy and I hopped in the Super Trooper and headed south on 95 for Boston, making a quick pit stop at the New Hampshire border for a fifth of Jack. It was sunny and we were confident a great night awaited us.

At this point, I was even further removed from the jam band scene than I was my senior year of college, but the scene outside the Orpheum was like I had stepped back into time. You could tell me it was 2004 or 2005, but I could have been easily convinced it was 1999. Brownies being slung, fingers in the air looking for miracles, hula-hoops, hand drums, cops lurking- everything was almost exactly the same and dude it was beautiful. My buddy and I soaked it in, happy to be amongst such wonderful people. It was a pity to leave as the show time neared, but have no fear- the good times would surely follow us inside.

Walking to our seats in the Orpheum’s balcony, my mood was so jubilant I was damn near bursting at the scenes. Months of anticipation had led to this show. I had child-like levels of excitement screeching through my veins.

But all of that screeched to a half as the first set started. Because nothing throws a wet blanket on excitement faster than a…acoustic set.

Yeah, the entire first seat was unplugged. My balloon of excitement could have only deflated faster if you had taken a needle to it. One song after another, laid back and casual. There was no energy, no enthusiasm. There seemed to be very little awareness on the band’s part that a crowd even existed. I had waited months for this show and we had cranked loud Panic all the way to Boston in anticipation of a great rock show. But instead we got old man story hour with Widespread Panic. Not what we were looking for, not what we needed. I was there to dance dude and three songs in I was sitting down and by the end of the set, I was having trouble keeping my eyes open. All that kept them open was the hope for a livelier second set; something, anything to get me going, get me moving.

The second set was plugged in, but still devoid of energy. We were at least standing, but swaying from boredom isn’t really what we had in mind as we sped down 95. And we kept hope alive, kept it going like a candle during a power outage. This couldn’t continue. It had to pick up. It just had to do.

And then the came the drums.

And then came the exit by my buddy and I.

Even to this day, I can’t name another time I was more disappointed with a concert. The whole experience soured me on the band and it was years before I even thought about listening to them again. Band’s rely on trust with their fans to keep the train moving and Panic had ripped the band of trust between them and myself apart with their damn acoustic guitars and folksy wisdom. It would take some time before that trust would return.

If you’re like me and looking for a port of call to use to get back into Widespread Panic, Light Fuse Get Away is great way to go. It’s a killer live album that will call to mind all the things that made you fall in love with Widespread Panic in the first place.

Just skip the drum solo and you’ll be fine.