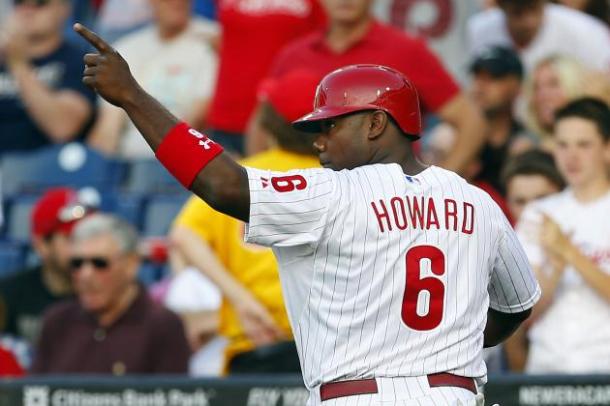 THE SUMMER OF 2004: I trade in my Ford Contour, the Contouriffic, which I had gotten a year earlier after a fender bender put an end to the Ford Escort era of my life. There was nothing wrong with the Contouriffic. It was actually surprisingly comfortable. But either way, I decided to trade it in when I got a good deal for a 1998 Isuzu Trooper. Since high school, back when I was a freshman and a senior on the soccer team had a Trooper, I had wanted one. Mission accomplished.

The Super Trooper was a beast and I loved it. It fit the early incarnations of Sidecar Radio perfectly, handled adverse weather conditions with ease and let the sunshine in with a fantastical moon roof. I drove above traffic, a plus for a not-so tall individual like myself. In the pre-iPod days, the six CD changer was a revelation and the four wheel drive came in super handy when I had to be up before sunrise during the snowy days of winter.

It was a good run.

The Super Trooper however, was not built to last. Gradually all of these perks, all of these checks in the win column, started to fall apart. The four wheel drive punked out and the Super Trooper went from a beast in the snow to a top heavy klutz. A CD got jammed in the CD player, rendering that useless and with each day, the danger factor of the car seemed to increase as each turn the Trooper embarked on seemed to come closer and closer to ending in the car being flipped over.

But like I said, it was a good run.

THE SUMMER OF 2006: I move to Philadelphia. The Super Trooper is replaced by a slightly smaller SUV, a 2000 Chevy Blazer that a few years later would sound like a boat and be unable to pass inspection. But that’s a story for another time.

With the 2007 season approaching, I started doing research. Who were the Phillies? I knew a little about the players on the team, but not much. I had heard of Jimmy Rollins, a little about Chase Utley and was aware of the growing legend that was Ryan Howard, who had made Jim Thome, the Phillies’ big free agent signing in 2003, expendable. But that was about it. The history I knew about the team was limited to seeing Mike Schmidt play a few times at spring training when I was a kid. So I went to work. The manager was a hill billy gentlemen named Charlie Manuel, Pat Burrell was widely despised in the city and the pitching staff was co-anchored by 44 year old Jamie Moyer and young buck Cole Hamels. Shane Victorino was a switch-hitter from Hawaii, Jayson Werth had potential and Aaron Rowand seemed pretty good.

Chase Utley would be my favorite player.

THE SUMMER OF 2007: I go to 30 Phillies’ games, give or take a game of two. The Phillies finish in first place before losing in the NL Divisional Series to the Colorado Rockies (who would eventually lose to the Red Sox in the World Series thank you very much.)

I had become a Phillies’ fan.

This was easy to do. Besides being good, the team was insanely likeable. They played hard; with reckless abandon and an infectious energy. Phillies’ games at Citizens Bank Park in south Philly were carnivals of excitement, even when hot dogs cost more than a dollar. It felt as if the team was going to win every single game it played. If they were down going into the ninth, you didn’t count them out and you didn’t head for the exits. The games always seemed to come down to the last out. If they didn’t win, they’d die trying.

This feeling spilled into 2008 with ease and 2008 was a hell of a year that culminated with the Phillies beating the Tampa Bay Rays in the World Series- yes, the World Series. The Phillies weren’t just a fun, scrappy team anymore. They had become something more.


The Phillies went on to win their division the next three years, making it back to the World Series in 2009 (they lost to the Yankees) and winning 102 games in 2011. I was at the game in 2011 when they clinched the division. The energy of the bygone days of 2007 & 2008 flooded Citizens Bank Park again and did so with the force of a cannon ball. I can still hear the ringing of the illuminated Liberty Bell that swung back and forth high above Center Field and Ashburn Alley. 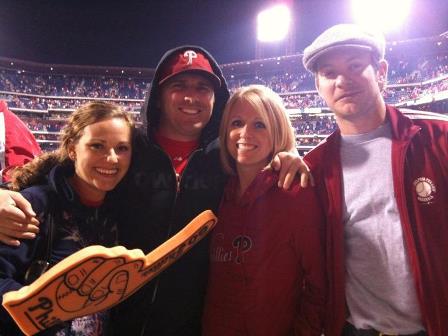 But that energy and those good feelings were not meant to last. The Phillies went on to lose to the St. Louis Cardinals in the NL Division Series. Despite being led by a damn near legendary pitching staff– Roy Halladay, Cliff Lee, Cole Hamels, Roy Oswalt, the offense, as had been the case the year before, failed them when it needed them most. For the second season in a row, the Phillies were done in with Ryan Howard at the plate. 2011 was especially painful. Howard tore his Achillies on his way to making the game’s final out and the season ended with the once-feared slugger in a heap on the ground.

The Phillies finished in third place in 2012 and in fourth place for 2013.

Going into this season, the Phillies are ranked 29th out of 32 teams by ESPN.

THE WINTER OF 2014: I realize just how sad the Phillies make me now. I realize how the glory days are now long gone, but sadly, the core members of those great teams are still around. I realize this is the problem.

The Phillies have been terrible about moving on. They haven’t let go of their past. So as a result, they’re left old and broken down as they attempt to move forward. What was once a young and exciting team has become an old and depressing team. This didn’t happen over night. It’s been a slow march toward the middle for the Phillies.

The Phillies have become the Super Trooper.

In 2004, the Super Trooper, like the Phillies in 2007, was fresh and exciting. It was fun to be around, was reliable and exactly what I needed at that time in my life. But it started to break down. The four wheel drive, the CD player, the this, the that. In snow storms, I’d turn the four wheel drive on, hoping it would magically work again. It didn’t. My wheels would spin and spin and the heaviness of the vehicle would make it slide from one side of the road to the other. It had become dead weight, a liability.

Despite things breaking down and not working, I stuck with the Super Trooper. It meant something to me. Abandoning it would be an act of betrayal and even though the mechanic bills were coming in way to regularly, I kept on driving it. The idea of cutting the cord was unthinkable. I kept thinking that everything would be cool, that the Super Trooper could make it another month, another winter, another week. So what if the CD player didn’t work anymore. I hooked up a portable disc man to the stereo and that worked. And I only needed four wheel drive during one season out of four. That’s manageable.

I’m sure Ruben Amaro could relate.

The Phillies General Manager has rationalized himself from one bad decision to another, all of which have contributed to the Phillies being in the sorry state they are currently in. Like me with the Super Trooper, Amaro has been blinded by loyalty and by hope and by what was as opposed to what is. Jimmy Rollins was a good player. So was Chase Utley and Ryan Howard. They’re still around, though. They’re still around and depended on to contribute. Amaro foolishly talks about them as if they were still great players; as if nothing has changed since they were in their prime five years ago.

He’s delusional. And that delusion is what is killing the Philadelphia Phillies.

The Phillies were a lot of fun for awhile there. So was the Super Trooper. Both broke down, though- both started showing signs of wear and tear and age. What worked didn’t anymore. Memories and hope overcame common sense.

Unfortunately in life, happiness doesn’t last forever. You need to cut ties, start from scratch. You can create new happiness, but you can’t over extend happiness that has run it’s course.

The Phillies will be great again someday.

And that’s a damn shame.

But hey, thanks for the memories, though.