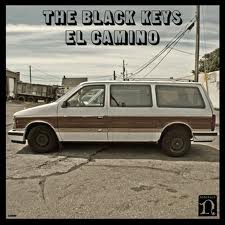 Are the Black Keys selling out?

This question has been stuck in my head since it was announced that their March tour date in Philly was at the big joint- the Wachovia Center. Why couldn’t they play the Tower Theater or the Electric Factory? Are they really that popular or is someone assuming they are or definitely will be in early 2012? Their new album is awesome. That is the only thing that I know for certain about my favorite band.

Here are five other Black Keys-related questions that I’ve been kicking around lately.

1.) Should we really be upset if our favorite band is getting bigger? And by bigger, I mean fame and size of audience-wise. I don’t really think anyone should care if a band is physically getting bigger unless their favorite band is Blues Traveler and the person in question is John Popper. I think for medical reasons, he needs to stay small. But either way, it is becoming evident that with the release of their new album El Camino, the Black Keys are making a move. The Kings of Leon made a similar move based on the success of their song “Sex on Fire.” Now the Kings are on hiatus after abruptly cancelling shows because a certain front man couldn’t handle his booze. I would be willing to bet that we’ve heard the last decent album from them.

2.) Shouldn’t the goal of every band be to reach as many people as possible? I think so. You write an awesome song; you want people to hear it. A band’s goal should be the accumulation of ears. As ears, we should accept this. But it’s not easy. The more ears a band gathers, the more that band’s sound has a tendency to change. Sure Pearl Jam sounds awesome now, but they strayed for a while when their ear collection became over-whelming. I think the only band to not change regardless of the size of their ear collection is the Foo Fighters. They are exactly what they were when Dave Grohl created them- a loud American rock band that likes to have fun and play kick ass rock shows.

3.) Will the Black Keys be like the Kings of Leon or the Foo Fighters? The Kings didn’t get popular overnight, but they did get super popular overnight. Prior to “Sex on Fire,” they had a decent following and were starting to play larger rooms in the winter and larger sheds in the summer. Then with “Sex on Fire,” things changed and by the time they released their follow-up album, Come Around Sundown, they sounded like a band influenced by Kings of Leon as opposed to a band that was Kings of Leon. Look at Coldplay. They went from writing sad bastard music good for both rainy and sunny days to writing giant, synthesizer-drenched, pop anthems. They didn’t become a band sounding like Coldplay, they became a band featuring former members of Coldplay. Then you look at Grohl and the Foos. Their albums aren’t works of art and they’re not visions of what the future might look like, but they’re dependable and reliable- two things I think every diehard of a band longs for, but rarely gets. Kings of Leon is a local bar that lost sight of what made them great, Coldplay was a pub that introduced outside seating, and the Foo Fighters are T.G.I. Fridays. What kind of bar will the Black Keys become?

4.) Is it cheating that the Black Keys tour with two backing musicians? No. This is a ridiculous question. Who is asking these things?

5.) As a Black Keys’ fan, should you be at all concerned about the future of the band? I don’t think so. I think they’ll be all right. They seem to be genuine dudes with good heads on their shoulders. True Dan Auerbach cut his hair, but I think we are safe from them incorporating super skinny jeans and artfully crafted bedhead into their look.

Rest easy Black Keys’ fan, I think we are safe with these guys.