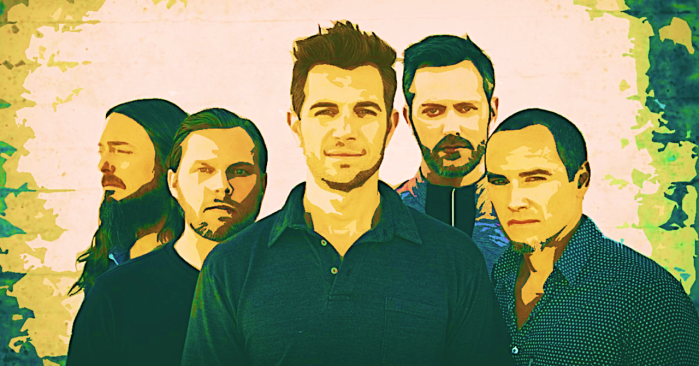 I was listening to 311 the other day. It’s summer. I listen to 311 in the summer. 311 in the summer makes sense in the same way country music fits in fall, sad bastard music goes with winter and sunshine-soaked Indie Rock belongs in spring. Years from now, 311 will still have a place in our lives once the weather gets warmer, the sun is in the sky longer and the beaches are packed. It’s a given. Don’t even try and fight it.

Outside of summer, 311’s place in our lives is somewhat up and down. The band’s most recent albums are mostly forgettable and for all intents and purposes, it does seem like interest in the band peaked about ten to fifteen years ago. The last album they released that truly merits worth talking about was probably 2005’s Don’t Tread On Me. But despite that, the band is out there every summer touring and packing sheds across the country. If they spent the other nine months of the year hunkered down in isolation it wouldn’t matter because once the summer months roll around, it’s once again 311 time.

So as I said, I was listening to 311 the other day, and the song “Misdirected Hostility” came on. It’s a midtempo head-thumper off of their 1995 self-titled album, the album that ended up being their breakthrough album.

“Misdirected Hostility” chugs along, almost lulls you into something of a trancelike state. Yet a line in the song yanked me out of that particular state.

That line immediately resonated with me in a way that it had never done so before. And no, it’s not because I too was “cocaine and Jim Beam” in 1989 but because of how that line summed up growing up and changing your ways. It’s about how so much can change in a person’s life in a relatively short period of time, reasons be damned. Hell, in 1989 I was Mountain Dew and baseball and in 1995 I was weed and playing music. Take any five-year period in your life and I bet what you were into at the beginning is different than where you were at at the end. You were “cocaine and Jim Beam” and the “ginseng,” so to speak.

I was mowing the lawn when all this came to me and by the time I was weed-whacking, I had started to wonder what other nuggets of wisdom 311 had in their songs, hiding in plain sight essentially, as I had listened to 311 for some 25 years. Cut to later in the day and I had found a few other instances of 311 just straight up dropping knowledge.

“The fish who keeps on swimming/Is the first to chill upstream”
Song: “My Stoney Baby”

I tend to think that there are two kinds of people in the world. There are those that like to relax and then do work and there are those that prefer to get the work done and then relax. I’m all about the latter. I can’t relax if I know there is work to be done. If I try to chill first, the whole time I’m just thinking about the stuff I have to do and I’m sorry, that’s not very relaxing.

So I prefer to get my jobs done and once everything is all wrapped up, then I can kick back and relax. “Chill upstream” if you will. I’m not saying you should do the same, but I am saying it makes the relaxing go down much easier.

“Nothing good comes easily/Sometimes you’ve got to fight”
Song: “Amber”

Yeah, this just makes sense because numerous noted scientific studies can back up the assertion that no, literally nothing good comes to a person easily. You need to work for the good times, work for that payoff, kid. If I were to quibble with anything here it’s that if you’re going to say that “nothing good comes easily” then you would always have to fight, not “sometimes” fight.

But that’s neither here nor there. The message remains and the message is strong.

“You’ve got to trust your instinct and let go of regret/You’ve got to bet on yourself now star/‘Cause that’s your best bet”
Song: “All Mixed Up”

Hell yeah, man. That’s some daily aspiration-level words of advice right there. This kind of knowledge belongs on one of those posters that they used to have at the dentist’s office. You know, the ones that would have a cat hanging from a tree with the caption “hang in there.”

On a related note, I would highly recommend letting go in regret full stop. I did a few years ago and I think it’s definitely made things better for me. You need to kick those negative memories and humbugs to the curb and stay focused on the present and the future. Regrets are pointless. Until time travel is invented, it’s not like you can go back and change anything. So why stress about it?

“If there’s a shadow in your life then there’s sunshine/Things turning inside out all the time just rewind/It’s all in your mind/Ooh so speakeasy”
Song: “Speakeasy”

Talk about looking on the bright side, huh? This also just makes sense. There is literally only a shadow because of sunshine. It’s science.

Well, unless you’re inside. Then it just means the light is on. But whatever, right? If there’s a shadow, it means there’s light coming from somewhere, and symbolically speaking, that’s good news.

“I’m free as I stare at the sea/And I’m not comin’ down/The world is yours once you have found/The good is to share”
Song: “Do You Right”

There are a couple things to pull from this line from “Do You Right.”

The first is that staring out at the ocean is awesome and in most cases, the answer to all of your problems. Staring out at the ocean, staring into a fire – somehow when you do either of those, you’re able to walk away having your entire life figured out or at the very least, found a solution to your current problem. If you don’t have an ocean accessible or a fire pit or fireplace, watching the sprinkler run is also effective.

The second takeaway is that while I have a working knowledge of both socialism and communism, I’m not at a point to advocate for either. But I am confident enough to agree that “the good is to share.” Is Nick Hexum talking about various isms here? Eh, hard to say. He could just be talking about a joint. But even still, if you have something good, whether it’s a can of beans or a blunt, share it. Sharing rocks.

So for me, I do my best thinking when I’m busy and when my mind is on the attack. I don’t do well when trying to operate in neutral. I like to be on the balls of my feet because then the old noddle of mine is already spinning and able to better take what is thrown my way.

Now, is this true for everyone? Probably not. But even amidst a little bit of chaos, you can still find clarity because if nothing else, chaos forces you to simplify and prioritize things, and thus, you find some clarity.

Or you get a headache.

But in either case, a beer is a good way to cap off a little dust-up with some chaos.

Like Loading...
‹ Which Character From ‘Ted Lasso’ Would Make The Best Drinking Buddy?
About That Time I Drove To Utah And Listened To Nothing But ‘Chinese Democracy’ By Guns N’ Roses ›