The third season of True Detective wrapped up Sunday night as a howling wind blew outside our window, making our poor dog a nervous wreck. Before turning back to the Oscars, I wondered aloud: Is it weird that I feel disappointed by that. Now a morning later, I think it’s weird that I still don’t know what to think of what I had watched. It’s also still windy, so if you’re wondering, our dog is still a nervous wreck.

This season was a welcome return from a show that came out strong in it’s first season and then cratered in it’s second. Instead of trying to cram four main characters into an eight-episode run, the show mainly stuck with Mahershala Ali’s Wayne Hays, with Stephen Dorff riding shotgun (and doing a great job in the process.) The case of Julie and Will Purcell both seemed narrow at times and wide-ranging. At different point a broader conspiracy was hinted at and others, it seemed to be much more localized than that. There was a pink room and a castle and a dude with a white eye and Arkansas chicken money and stray dogs and the staggering effects of dementia, not to mention a woman who might not be who she says she is and a District Attorney that reeked of corruption.

But in the end, it was a story about a troubled rich girl and the lengths in which her broken father would go to comfort her and the collateral damage caused as a result. Was it the story we thought we were getting? Probably not. But does that mean it wasn’t a good story? I think we need a few days before we can effectively weigh in on that.

With “Now Am Found” still rattling around in our heads next to Oscars-related bewilderment and whatever the hell else is going on today, it’s worth trying to declutter things. 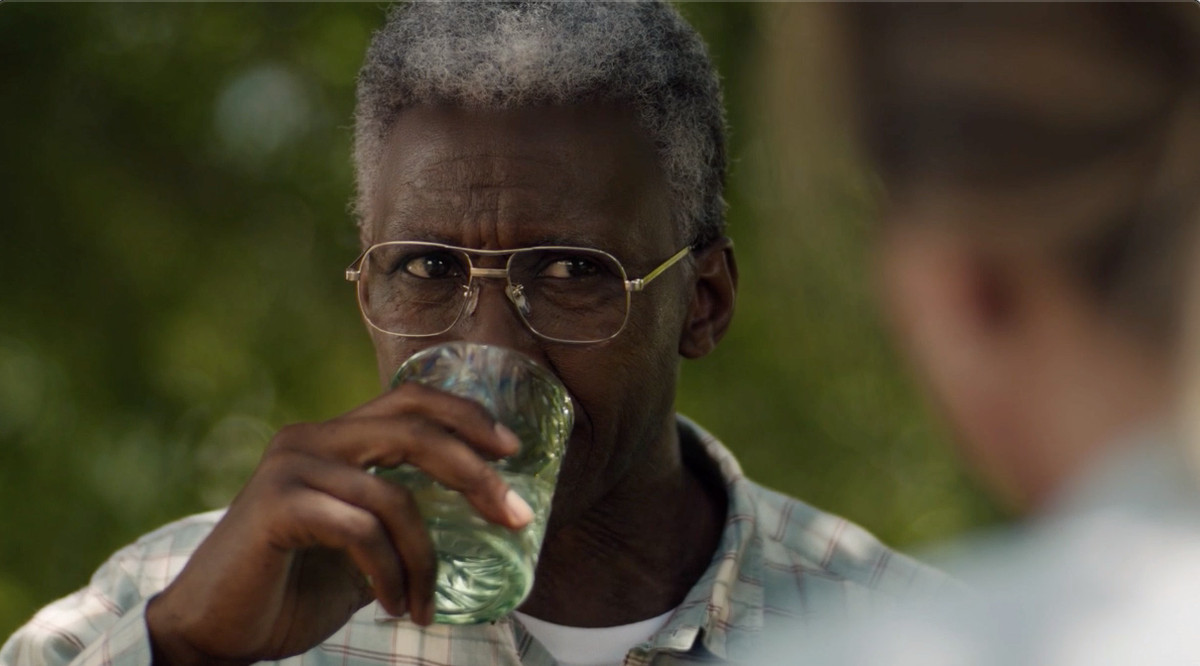 Julie Purcell was kidnapped by Mister June and Isabel Hoyt after Julie’s brother, Will, was accidentally killed while the four of them were playing in Devil’s Den. In the years that followed, Isabel and Julie lived together in the Pink Room, with Isabel keeping Julie hopped up on lithium until Mr. June found out and busted Julie out. Isabel proceeded to kill herself and Mr. June went on a quest to try and find Julie, who didn’t follow his directions and instead disappeared. Mr. June eventually tracked her down to a convent, but by that time she had died. But she hadn’t. She was actually living with the dude she waved to waaaaaay back in the season premiere.

What About the Interstate Pedophilia Ring?

No Seriously. The Whole Thing About Rich Dudes Stealing Kids?

Yeah, that was only in season one I guess (and in Florida.)

And the References to Season One?

Just for kicks. And we can’t say they weren’t fun to think about.

They’re Not Knowing What We Know Now!

No, not at all. But I think that might say just as much about us as it does the show. It’s not the show’s fault that after watching an episode we listened to podcasts, read recaps and dove into conspiracy theories. We kicked up the dust and debris and now we’re pissed that we can’t stop coughing.

The Show Shares Some Blame Though, Right?

Sure. But I think that if we’re going to properly reflect on True Detective’s third season, we need to do clean off our desk first and get rid of some of the junk we collected along the way. Stuff like the popularity of Satan worshipers in the early 80’s and the creepy vibes we got from that priest and screen shots of that dude’s house that definitely seemed like something to take note of when we first saw it earlier in the season.

In the end, this was a story about broken people and the lives they lead to try and cope with their broken state.

So…Not About Nefarious Forces Lurking in the Dark?

And Not About Satan Worshipers Murdering Children?

And Not About Mysterious Women Killing Kids While Dating Cops?

And There Was Really Nothing Sketchy About Amelia? 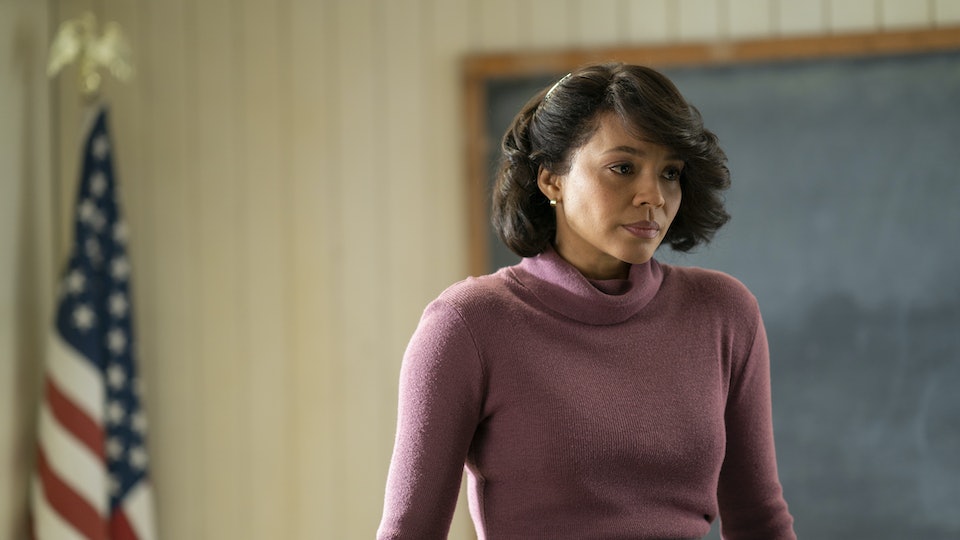 I mean, there was, but not in the way we were starting to think there was. I definitely think she has one or two skeletons in her closet, but none of those skeletons are Julie or Will Purcell or any other missing children. So she did some traveling and soul-searching before settling down? Good for her. And she did it in the seventies and if history has taught us anything, that was a weird ass time.

I watched that Ted Bundy doc on Netflix recently and my main takeaway was that you could get away with anything back then. I think the ambiguity and mystery surrounding Amelia was just to show that like everyone else on the show, she too is broken.

And What Eliza, the Documentary Lady?

All we can say about her is that her documentary is #fakenews and her relationship with Henry is probably over. Tough finish for her. Can’t say we didn’t appreciate her speculation, though.

But Her Speculation Was Part of the Problem!

Yeah, I guess that’s true. She was the one who introduced the connection to season one, as well as the pedophilia angle. Wow. Thanks for nothing, Eliza.

Also Kind of Sucks to Be This Guy, Huh?

Yeah. Hays very strongly suggested he was going to get raped in prison, which is where he was going for killing the Purcell kills, something we now know he didn’t didn’t do. This would explain why he was so salty when Hays and Roland interviewed him in 1990. He had spent a decade stewing on that police station interview. Being cleared of any wrongdoing is probably cold comfort for him.

At the same time, he was kind of a dick. So, karma?

Shouldn’t They Have Shed Some Light on the AD’s Desire to Close the Case So Quickly?

Yes, yes they should have. That dude was super quick to pin everything on Woodard in 1980 and then Tom Purcell in 1990. He was quick in the way an ulterior motive doesn’t seem that ulterior. It seemed pretty obvious, but we never learned why. We can only speculate that he was getting pressured to wrap things up by Hoyt and wrap things up he did. Twice.

Was Hoyt’s Appearance A Disappointment?

Kind of. Coming into the finale, the gist was that he was going to be the Big Bad, the one pulling the strings. Instead, homeboy was just as clueless, if not more so, than the rest of us. He just wanted to know what happened to his dude Harris James and that’s about it. He rambled some, drank more and that was it. It seemed anticlimactic at the time, but now, not so much. He wasn’t the big player we thought he was. He was just a broken dude looking for answers, which could easily be the subtitle of this season.

But Wasn’t There Something Weird About the Finale?

The Hoyt/Hays interaction felt weird, the ease in which Hays and Roland found the Pink Room was downright creepy and Mr. June’s confession was almost too simple. And then after that, the foreboding music wouldn’t quit. I kept waiting for another shoe to drop. Old Roland made a funny look. WHY? Henry didn’t throw away Julie’s address. WHY? The last shot was of Hays in Vietnam. WHY?

The last twenty minutes or so felt like an unsettling dream, in which the ground beneath you was constantly shifting, causing your bearings to get all sorts of twisted. If it all meant nothing and the case was closed, it was a weird series of choices to make.

Did Hays Remember Why He Went to Julie’s At Some Point?

I think so. I think he also saw how happy she was and decided to let it lie.

But Does Henry Know?

Should We Stop Listening to Podcasts and Reading Recaps?

No. But I do think we should start proceeding with caution more and not relying on them as much. If you just took this season of True Detective at face value and didn’t seek out companion material, I really do think we would view the finale differently. The disappointment might still be there, but it wouldn’t be nearly as vitriolic because our head wouldn’t be filled with crazy theories and ideas.

If we are assigning blame, then we should cast some on us as well.

This happened with the first season too! Everyone got all sorts of wild and convinced of a supernatural element to the season, as if it was something bigger than what was presented. In the end, that turned out not to be the case. We also didn’t even see Rust and Marty solve the whole damn thing. Only part of it. We got burned. But we’ve forgotten that because overall, the season was really good. I could see the same thing happening with this season. It just needs some time, some distance to be properly appreciated.

Or it doesn’t and it was just a big old bummer. Either way, now what the hell are we going to watch on Sunday nights?