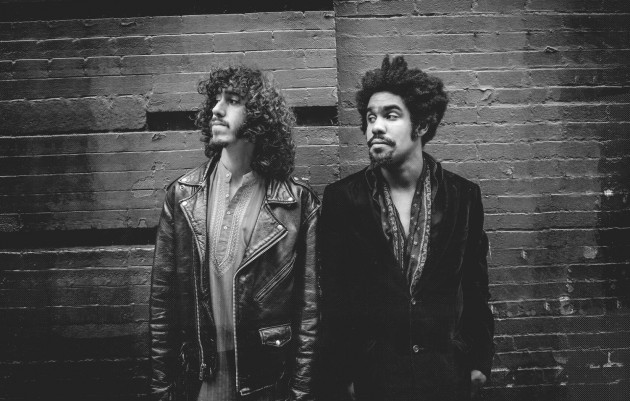 It’s a weird world we live in now.

That statement is by no means a reflection on the current state of politics in America or elsewhere. Nor is it a statement that pertains to issues currently being raised in mid-western states governed by those with strange priorities.

Really that statement about the weird world we live in now is about one thing and one thing only: playing good ol’ rock ‘n roll is kind of a novelty these days.

That’s it. But it’s true. The American rock band is the white running back, the truly funny comedy, the rap album without skits and/or interludes- something we rarely see anymore. How did this happen? I don’t know. I’m not a scientist. But it did happen. Somewhere along the line rock gave way to other genres and with it, future rock musicians went foraging for berries in other forests besides rock’s jungle. And as time goes on, these things are bound to happen. Such quasi-evolutions aren’t bad either, but they are kind of a bummer if you, like me, love good ol’ rock ‘n roll.

The Lover of Good Ol’ Rock ‘n Roll has to be searcher, has to have patience, has to be able to sift through the shit in order to find the gold. Rock bands don’t fall from the skies anymore; they’re not grown on trees. Rock bands are in the smaller clubs, in the less frequented corners of the Internet. They are in the middle of the festival line-up unless they are someone like My Morning Jacket, Kings of Leon or the Black Keys. They’re not at the kids’ table, but they are at the bar, partially due to lack of seating at the main table. The kicker is- they’re kind of okay with it. Rock ‘n roll is meant to be scrappy, hungry, full of challenged existence. Rock ‘n roll getting knocked off it’s pedestal might actually be a good thing.

But that discussion is for another day.

Today, the discussion is about one of these good ol’ rock ‘n roll bands- The London Souls.

…sans a bass player, although photographic evidence proves the existence of a touring bassist.

…about to release their second album, Here Come the Girls.

…their first on Feel Music Group, a label co-managed by Eric Krasno of Soulive.

Here Come the Girls is the band’s first album since Neal was injured in a hit & run accident, putting him in a coma and on the sidelines for two years. The album is full of piss and vinegar, stomp, swagger and all in all- the kind of good old, straight forward rock ‘n roll that has become such a rare bird in recent years. Hints and notes of Led Zeppelin, the Who, Cream and a newer act like Gary Clark Jr. are heard throughout the 13 track album.

It’s a hungry album played by hungry musicians. You can smell the sweat, especially in a song like “Steady,” which has a merciless drive to it. St. Hilaire plays thunder dreams and I’d be lying to you if I didn’t admit to having a serious thing for thunder drums. I love when drums shake my bones, when a snare hit shakes my insides and crashing cymbals echo through my chest cavity. St. Hilaire’s drums do just that. Another romper stomper is “All Tied Down” and I love the swampy goodness of “Honey.” That jawn is some down and dirty business right there. It’s bar fight music.

But Here Comes the Girls isn’t all ball busting rock. On a couple occasions, the album veers right, with songs like the Beatles-esque “Hercules” and the peppy “How Can I Get Through,” propelled by a frantic ukelele and a manic clarinet causing a ruckus in the background.

The London Souls play like a band from another time- a time of gritty black and white photos and a dirty New York City. It’s the best kind of call back to a cherished era. It’s the sound of old jean jackets, beer cans, pool sticks and days old facial hair. It’s music of the unkempt, of the well worn and busted. It’s freedom music.

Here Comes the Girls comes out April 7th and should escort you properly right into summer, when you can blast it with the windows down, speeding down the highway with nothing to lose. The London Souls are a sigh of relief, an ease to a burden, a deep breath of fresh air. They play like a band making the most of a second chance and given Neal’s near brush with death, they have more than earned the right to. Here come the girls, here come the London Souls.

For a limited time, you can listen to the album HERE before it’s released. You can learn more about the band and get hip to tour dates HERE.