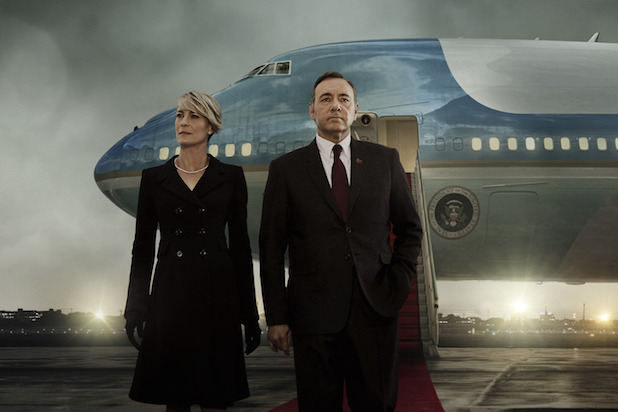 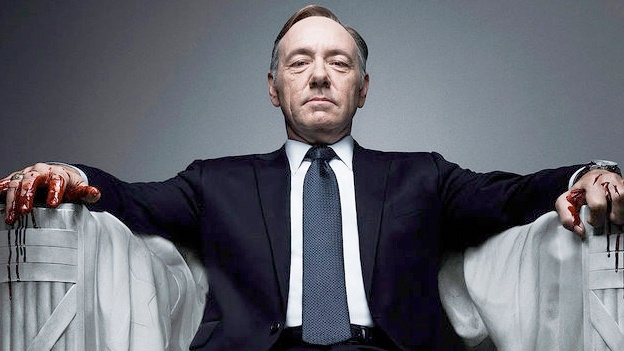 The slow, trudging Internet this weekend could only mean one thing- Netflix dropped the third season of House of Cards. I’d imagine that even more so than when season two was dumped on us, the urge to binge-watch the bejesus out of the entire season was much stronger this time around. Throw in cold temperatures, a snow storm and winter blues and this weekend had all the makings of a unabashed House of Cards deep dive.

However, I only watched the first episode.

Also however, I still managed to come away from the episode with six takeaways.

However again, I intend on sharing these six takeaways.

At the end of last season, Steely Eyes Doug Stamper, now President Frank Underwood’s balls of steel Chief of Staff, was left for dead in the Maryland country side, after taking a shot to the dome by that former lady of the night he was keeping an eye on. Because…because…uh…hmm…I think because she knew that Stamper got her to contribute to the downfall of Peter Russo, the fall guy for Underwood’s scheming in season one. Stamper was baby sitting the girl and maybe, kind of falling in love with her. I mean, he had her read to him, which is cute, I guess. Either way, Rachel the Former Prostitute, wanted to make a break for it and broke Doug’s noggin in the process. Doug laid all sorts of eff’d up in the vast Maryland woods while Underwood was being sworn in as President. Call me crazy, but I thought homeboy was dead. You probably did too.

But he’s not dead, just very badly injured. So cue coma, cue waking from said coma, cue that dull siren noise that on television symbolizes a headache, cue the long back to recovery, etc.

Congrats Doug. You’re not dead. You’re just alone in your apartment sucking booze out of a syringe and practicing do-it-yourself medicinal treatments. Cool.

And this leads us to…

House of Cards Takeaway Number 2: Wait, how is Doug getting paid?

Sick leave? Some scratch under the table? Rocking those vacation days and personal leave days? How is Doug still getting paid? I didn’t wonder this at first, but I definitely did after he went to visit Underwood with the hope of getting back to work, only to be told the ol’ what’s important to me right now is you getting better song and dance, which is a fine sentiment, but we all know it’s bullshit. Also Underwood has a new Chief of Staff…Remy. So really, how is Doug paying his bills, paying his lady of the night, paying for his booze? Also, what are the chances Doug flips on Underwood this season, tries to bring him down and ultimately ends up dead by the season’s end? I say 70%. But I could be talked into going as high as 85%.

House of Cards Takeaway Number 3: Not surprising, but Frank is a not the greatest President

Back it up- how did Frank become President? Well, at some point in season two he became Vice Presidnet and sabotaged the former president like a boss from the inside. He made it so the President was forced to resign, making Frank the President. So yeah, President Underwood. Now nothing we’ve seen up to this point would lead us to believe that Underwood would be either a good president or a well-liked president, by both other politicians and the voting public. That dude is a snake and a snake not particularly proficient at disguising his snake-like behavior. Seeing him make his America Works committee his lady dog only reaffirmed the idea that Frank is a huge, massive boner.

And speaking of America Works…

President Underwood, a Democrat, wants to essentially scrap all entitlement programs to support his job plan, America Works, a plan that according to him, would put literally everyone back to work. Are you listening, Obama. Everyone! So for starters, the folks at Vox think the program is a joke. And for seconds, so do the fictional reporters on the show. So House of Cards is two for two there- both fictional and non-fictional reporters think the program is a joke. That’s pretty impressive. Yet what stuck out to me is the idea that a Democrat would be so keen and willing to scrap entitlement programs- things like Social Security, Medicare & Medicaid. I always thought Democrats loved them some entitlements.

Confused, I turned to Pete, the Smartest Person I know.

Peter Bloom: Hmmm…depends which entitlements and which Democrats. Why? Short answer is that Democrats are traditionally for (at least since the New Deal era up until Clinton) entitlements that are meant to address the inherent structural inequity of the market economy.

Ryan O’Connell: Writing something about the new season of House of Cards. Underwood wants to get rid of all entitlements (social security, medicare, etc) to pay for his jobs bills. I thought this was weird because he’s a Dem and Dem’s (I think) love entitlements.

Peter Bloom: This comes in two forms: (1) minimal welfare entitlements to ensure that individulas are able to materially survive and (2) opportunity entitlements to equalize market competition. Well that is interesting — ok firstly is it wrong that I checked out on the third season of HOC like 20 minutes in? That show went from fun to tedious but bearable to train wreck in a space of three seasons.

Ryan O’Connell: It’s a good show if you just don’t think about it in any kind of realistic sense.

Peter Bloom: Now “new Democrats” would certainly consider eliminating entitlements. Indeed (President Bill) Clinton was (in)famous for his conservative economic policies – including fudging employment numbers and then kicking people off welfare in the name of “reform.” It is not unheard of for a centrist Democrat to promote a jobs bill at the expense of traditional New Deal entitlements.

Verdict: President Frank Underwood don’t give a flying fart about your stinkin’ entitlements.

One of the many people questioning America Works is none other than Stephen Colbert. America Works? Oh, it’s a fantasy novel. If I came away with one main takeaway from the episode it’s that man, I miss watching Colbert interview politicians.

House of Cards Takeaway Number 6: Robin Wright has been working out