Home › Current Events › Ghost Tours and Ghost Hunts? You Can’t Go Wrong With Either One.

Ghost Tours and Ghost Hunts? You Can’t Go Wrong With Either One. 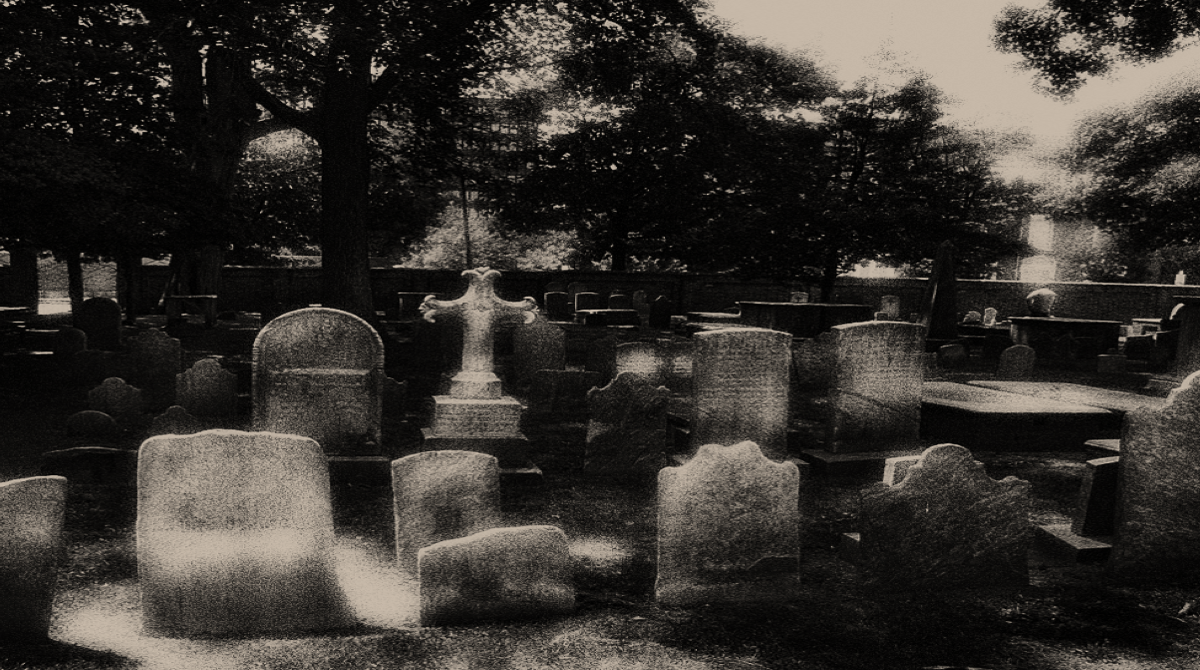 If asked, I would generally recommend both a ghost tour and a ghost hunt. They are the same, but different. In the end, it comes down to what you want to get out of it. You want an experience, you want some history, you want a little bit of both, possibly with a drink in hand? Now, I’m able to speak with some semblance of authority on this matter because I’ve been fortunate enough to have participated in both a ghost hunt and a ghost tour. What can I say? I’m down for such things once October rolls around.

Me personally, I prefer a ghost hunt. Why? Ghost hunts are hilarious. I don’t think they’re supposed to be. I think they’re meant to be somber and serious and if things pan out, scary and haunting. But the one I went on? It was just a fantastic good time. I think I even took a nap at one point. Just a win/win situation all around.

Let’s see. It was in the fall of 2006, a month or so after I had moved to Philadelphia, and one of my roommates, who was from central Pennsylvania, was going home for the weekend. His mother did some kind of tutoring at an old Freemason’s Lodge in Bloomsburg and a group of ghost hunters was doing a ghost hunt there. She had scored an invite, he asked if I wanted to come and of course, I wanted to go and that was that. Let’s go to central Pennsylvania for the weekend.

The building itself definitely looked haunted and in saying that, I’m not just doing so because I’m of the opinion that any building that is older than 100 years old is haunted. It looked creepy and I remember the town of Bloomsburg being quiet that night, a breeze blew through town and the lack of much exterior lighting in town made things darker than they were. Vibe in check, kid. The ghost hunt is a go.

Although for professionals, it’s not really called a ghost hunt. It’s a paranormal investigation. Respect the process. And the investigation was being carried out by a group from southeastern Pennsylvania. They were in this for real; here to snuff out some paranormal activity complete with digital cameras and tape recorders and video recorders and more digital cameras and snacks and notebooks. See, you use digital cameras because it allows you to take pictures of ghosts. Or specifically, orbs. You can catch orbs with your camera and the orbs I think are kind of like ghosts or parts of a ghost. They’re somehow connected and with a digital camera, you can take pictures of them. And that was the first thing we did. We went down into the basement and it was dark. All of the lights were off and the only sound was the clicking of digital cameras followed by people in our party commenting on how they saw one. Big orbs and little orbs. Faint orbs and oh, super clear orbs. Those count extra.

That was the first part and I came away with a lot of pictures of a dark room and what may or may not be something related to ghosts in them. Orbs.

We then moved to the second floor and the costume room. I thought a costume room was a weird room to have but apparently, these Freemasons are a theatrical sort and as a result, they had a room with costumes. We didn’t take many pictures here. I think in this room we mainly listened. For what? I don’t know but we did. It was here where I dozed off for a bit. It was very quiet and I may or may not have been stoned. In the end, the costume room was something of a dud. Certainly not as action-packed as the orb-filled basement.

It was at this point that things got a little weird. My roommate disappeared. He vanished. But no, not like, OH MY GOD, CHRIS IS GONE but more like, where’s Chris…oh, he went up to the attic with the janitor. Sure. And so with Chris out of pocket, I tagged along with his family to the auditorium. In the center of the room, two of the investigators had a recorder set up and notes in front of them. Apparently, there had been ghost sightings in this room and you know, I’m pretty sure they were trying to hear something. So we all had to be quiet and listen. Listen for what? I don’t know. We were just listening and at some point, one of them became convinced they heard letters or even better, initials! Then we took a break and I found Chris outside, where he was smoking a cigarette and looking shaken. He had gone up to the attic with the janitor and an investigator and had had an encounter. He said that he felt something push him up against the wall and normally I would dismiss such a claim but my dude is one of the most rock steady people I have ever met and if he’s shook, then there’s a reason for concern.

I don’t really remember anything else.

But it was fun. Highly recommend participating in a paranormal investigation if given the chance.

I have gone on two ghost tours, one in Philadelphia and one in New Hope, a quiet little town on the border of Pennsylvania and New Jersey. I will say that the key to a good ghost tour is the tour guide. If they’re not selling, you’re not buying and you’ve wasted your money.

My biggest takeaway from the ghost tour in Philadelphia is that the ghost of Ben Franklin is everywhere. He’s in windows and in parks. He’s walking down alleys, in old taverns, in more windows, and generally just kind of hanging out, hanging around, and doing casual ghost stuff. I can’t tell how much of it was baloney and in line with Philly’s connection with Franklin and how much was real. Although wondering how much is real is just part of a ghost hunt. But no really, the ghost of Ben Franklin is like cheesesteak places. There’s one on every corner in Philly.

The New Hope ghost tour could best be remembered for being extremely cold but I don’t think that had anything to do with ghosts. It was just really fucking cold and as a result, kind of not as fun. The common theme with both tours though was history and connections to the Revolutionary War. In Philadelphia, where a beautiful city park now sits was also the site of mass graves following the war and you know, as a result, there have been sightings of ghost soldiers roaming the grounds. And Ben Franklin of course. In New Hope, there was a hotel that I’m pretty sure took care of wounded soldiers and I don’t know, maybe burned bodies in the basement and so now there are one or two potentially haunted rooms. Great views of the river though. Go in fall. The foliage is to die for.

There were ghost pigs in New Hope too, courtesy of an old butcher. Who doesn’t love a story that ends with you can still hear the screams?

Ghost tours are usually about an hour or so long and based on the two I’ve been on, the novelty wears off pretty quickly. Don’t tell them I said this, but a lot of it comes off as bullshit; a lot of some say this and some say that and its been said that…you don’t actually see any ghosts, which is a bummer. You know you probably won’t, but you still go into a ghost tour hoping for at least a glimpse. Instead, though, you get history.

But history is dope!

Once the shine of the ghost tour wears off, you can salvage the experience by leaning into the historical side of the tour. Again, this is where a good tour guide factors in. You want them to sell it but also come with facts in hand. The Philadelphia ghost tour was in the Olde City area of the city and ghost stories aside, there’s a lot of cool shit that went down in that area. If you play your cards right, you’ll get schooled some on a lot of it and the tour would have been worth it.

Bring some road sodas too. Can’t hurt. Just make sure to bring one for the ghost of Ben Franklin.

You can’t go wrong with either.