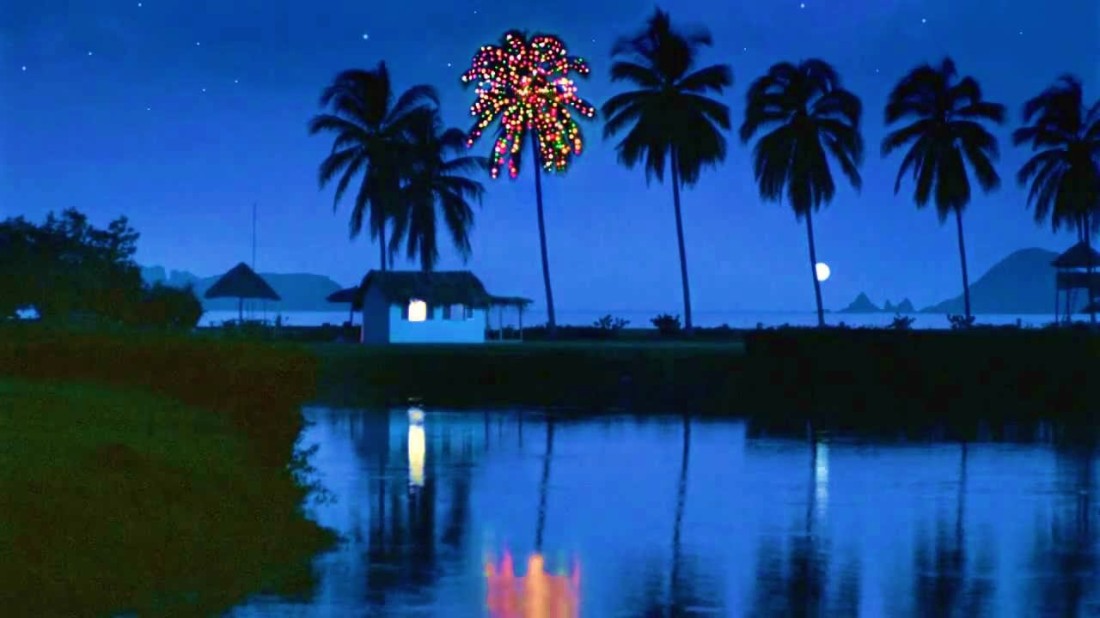 It’s the Christmas season. I know this because of the amount of emails I’ve received in the past few days from stores and businesses I shopped at once four years ago. And I know this because we have lights up outside of our house (first house on the street you lazy chumps!)

I know Christmas is coming in hot because Thanksgiving is behind us, the looming threat of endless Christmas movies has emerged on radar screens and nearly every weekend in December is already full of some sort of Christmas activity, the majority of which involve either a tree lighting, a Santa sighting or some combination of the two.

Really, you just have to hope drinks will be served.

Yet I really know that the Christmas season is upon us because I saw that Corona commercial.

You know the one.

The one with the idyllic setting and the palm trees and the lights.

It’s a sneaky little son of a gun, especially as far as commercials go. You don’t realize you’re watching it until about ten seconds in and then twenty seconds later, it’s over. Seeing as how the majority of commercials these days are all but screaming for your attention, the overall stillness and muted nature of the Corona “O’Tannenpalm” spot makes it stick out even more.

I’m not saying the spot makes me want to drink a Corona, but nothing is perfect. The commercial is memorable and that seems like half the battle in the old commercial game.

Fun fact about the commercial is that this year it’s celebrating it’s 29th year running, having premiered in 1990. This is one of those facts that you are simultaneously amazed by and not amazed by, as you can’t believe it’s been running that long, but also realize you really can’t remember life without it.

However, the only problem with something running as long as the spot has and having seen it as many times I have is that at least for me, I start to have questions.

Don’t be alarmed. I tend to do this more than I should. I’m not all that great at accepting things as they are.

My questions as they pertain to the “O’Tannenpalm” spot are pretty straight forward. Not much here in terms of deep-diving.

For starters, I don’t see any power lines. Do you see any power lines? How are the lights powered? How does the house have electricity? If they’re running power for the house off of a generator, doesn’t it seem super wasteful to also run Christmas lights off of said generator, especially if you’re leaving the lights on all night, which certainly seems the case as the lights are turned on and then the house lights go off? Maybe that’s the trade-off?

Okay, but if we do that, then we won’t be able to lights inside the house.

Unless of course, the occupants of the house turn the Christmas lights on, then elect to sit out on the front porch, presumably drinking a Corona, as they admire their beautiful lights. In that case, it would then make sense that they turned the lights off inside the house.

Whoever lives in that little house definitely has a pretty wonderful view, so I’m sure they’re accustomed to spending evenings sitting outside and taking in that view.

And as far as the lights on the tree go, come on- how are they pulling that off without at least having access to a scissor lift?

Do they have a scissor lift?

Do they have a friend that has a scissor lift?

Is there a United Rentals in the vicinity that rents scissor lifts?

Those lights aren’t happening without one, that’s for damn sure. You can tell me that they just climbed up the tree and you know, made it happen without the assistance of a scissor lift, but I don’t buy it.

Even using a tall ladder is only going to get you so high. Same with a really long pole. But please, how are you navigating a pole that would be as long as a pole would need to be in this situation to pull this off? I know that’s what she said, but come on, this is just simple logistics.

Maybe I’m just jealous and that’s where these questions come from – jealous about whoever is living in that choice residence and jealous of their skill at hanging lights. This could be the case.

Or maybe I’ve just seen this commercial so many times and a handful of those times, it caught me at moments when I was in that sweet spot of being tired and maybe a little bored and hence, completely open to deconstructing a thirty-second commercial that is admittedly a complete fantasy.

Either way, the one thing I know for sure is that I’ve seen the commercial a couple times now and that means one thing and one thing only.

It means it’s the Christmas season.

It also means they definitely used a scissor lift.