Two episodes into Sharp Objects, the HBO limited series based on the novel by Gillian Flynn, this is what we know.

We know that Camille, the show’s main character, played by Amy Adams, has a fondness for vodka, a penchant for sticking sharp objects into her body and a pretty fantastic taste in music. We know two girls have been murdered and we know that the story takes place in the Missouri town of Wind Gap. By all accounts, the town appears pretty broken up by the murders, which were initially abductions. We know Camille is a reporter based out of St. Louis, but she’s a Wind Gap native, a former local who was a cheerleader and based on reports, the prettiest gal in town. Her mom is a special lady, but not in the good way, her stepdad plays the organ and her step sister has a secret life that involves roller skates.

The one thing we don’t know is who kidnapped and subsequently killed the two girls. Of course we don’t. It’s only been two episodes. Anyone familiar with this kind of show, the kind that features a murder early on and a troubled soul investigating the murder, knows that we most likely won’t even get a look at the killer until episode four at the earliest. So, by that rationale, we can eliminate anyone we’ve met so far as suspects go.

But hold on a second. What if we can’t? What if we’ve already met the killer? I think it’s both worth considering and exploring, which is why we’re going to run through some initial suspects. 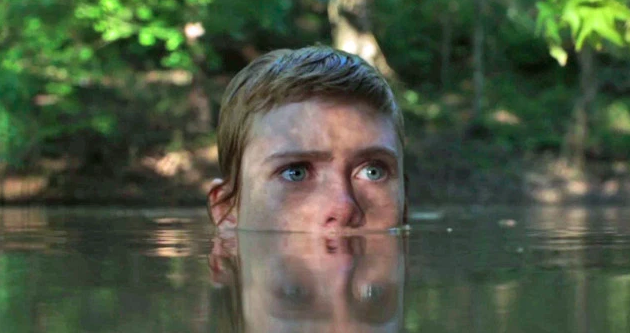 I suppose we should consider Camille because it’s not as if it’d be crazy to do so. Just look at the facts, man. She’s a heavy drinker, prone to delusions and visions. She has sharp objects at her disposal and enough of a murky past to possibly drive someone to murder. Now, do I think she did it? No. Am I sure she didn’t do? Negative.

We didn’t see him in the second episode, I think, but we definitely saw him in the first episode and what we saw was a dude who seemed a little suspect to me. Dodgy, acting weird, little bit of a quick temper. Did you see him yell at one of his daughters? Could that have been some sort of indication of his style of parenting and furthermore, a glimpse into a possible hair-trigger that led to him not only killing his daughter, but the other girl? Full disclosure: I don’t know either of the girl’s names. I’m sorry. But regardless, I’m keeping an eye on this dude.

I feel like it’s probably not him, especially because I’m pretty sure someone in the second episode mentioned that a lot of people in town think it’s him and you know that means it probably wasn’t him. But still, we need to explore all options here. Homeboy seems pretty broken up about all this. Maybe too broken up?

I don’t know. I felt like the camera lingered on her during the second episode and usually when the camera does some lingering, it’s for a reason.

He feels like someone we should keep an eye on. He’s quiet, unassuming, just hanging out with his headphones on. Maybe it’s nothing. Or maybe it’s something. It could also be the actor. I feel like he’s the villain in a lot of things and I’m not going to apologize if that’s clouding my judgement. #bias

One minute she’s dressed like an American Girl doll, playing with a doll house that (expletive deleted) weirdly looks like her own house, and the next minute, she’s on the wrong side of tracks, causing trouble in roller skates and stealing vodka from the general store. That kind of duplicitous nature is going to make some folks question her general sense of being, her nature of character. It’s made me do that. Probably you too. I also think she’s kind of cool.

Vodka drunk is a dangerous kind of drunk. This can be backed by science, years and years of data. For the most part, vodka seems pretty prevalent in ol’ Wind Gap, Missouri and I think we’d be foolish to not think it possibly had something to do with the murders.

Here me out. In the first season of True Detective, the killer ended up being the dude we saw briefly in an episode earlier in the season, mowing a lawn. Seemed like a throwaway character, someone not to think all that much about. But he did kind of stick with you. Now the bartender at what appears to be the only bar in town, not in the same league really, but nonetheless, he’s shown up in both of the first two episodes and not in passing either. He’s had lines. I think that he’s someone worth keeping an eye on.

That Spider That Was the Second Dead Girl’s Pet

Spiders can’t be trusted. What if the spider killed the first girl after being commanded to do so by the second girl, but then, raked with guilt (or by guilt,) the spider then killed the second girl because the spider was so mad that the girl had made the spider a murderer. Then, not knowing what to do next, the spider returned to it’s jar to await it’s fate? Is it that crazy of a possible scenario? Is it? Is it really? Spiders? Dangerous sons of guns. And possibly murderers.

Ha, I don’t think Jackie did it. But hey, maybe she did? That would explain why she was getting everyone involved in the search party drunk off of her sweat tea. Pretty smart if you ask me. Jackie might be a genius.

That dude eye balls a lot of people. Such eye-balling makes me eye ball him. It’s a vicious cycle.

It’s a low key secret assassin. Boredom could have killed those two girls. I mean, someone definitely pulled out that one girl’s teeth, but who knows, maybe boredom was involved with that too.

The Woman in White