With those eight words, Jurassic 5 were off. A gang of dudes from California rapping in harmony, rapping in unison, rapping in time to a bounce in the music backing them that was damn near impossible not to bob your own head too. They emerged in the mid-nineties, amidst a sea of grunge residue and gangster rap fog with a throwback sound, one equally embraced by the hip hop heads, the hippie kids and those in between that were simply drawn to feel good music like a moth to a flame. They were four rappers and two DJs, but they sounded like a street level orchestra; telling stories, spitting rhymes, making four separate voices sound like one.

First was an EP that was released in the fall of 1997. It featured a handful of tunes that would become J5 classics, songs like “In the Flesh,” “Jayou” and “Concrete Schoolyard.” The group released it themselves and it started spreading, getting out there via word of mouth and being passed around throughout college dorm rooms. Biggie was still making noise back then. Wu-Tang Clan was still around and had released Wu-Tang Forever a few months earlier. Before the year ended, Jay Z, Eminem, Busta Rhymes and 2Pac had all released albums, as well as lesser known, undergound acts like Atmosphere, Del the Funky Homosapien and Jedi Mind Tricks. Hip Hop was the wild west and rappers were coming from all corners of the country to find a plot of land to make their own. It was theirs for the taking.

Feeling the momentum that was building from their EP, the group decided to drop a follow-up. Their self-titled, full length debut would include most of the songs from the EP coupled by a few more tunes: “Without a Doubt,” “Lesson 6 (Reprise,)” and “Action Satisfaction (Dub.”) The full length album was the group having gotten comfortable with their sound, style and growing fan base and reputation and now deciding to stretch their legs some.

“I shoot the gift, puffing on a cold spliff / Fools are coming thicker than Anna Nicole Smith / Malignant metaphors and ganja stay herbs / We conjugate verbs and constipate nerds like you / I’m here to end the conspiracy, fearlessly / So you can really see the real emcees at hand / I’m tuna fish on the stick-shift / The eclectic, hectic, desperate to set trip.” – Chali 2na on “Jayou”

Chali 2na’s voice, a loud, rumbling baritone, is the most recognizable and noticeable of the crew, but it also sinks in to the harmonies when all four emcees are rapping in unison. Chali 2na (real name Charles Stewart) spits rhymes that bounce along seamlessly with those of his fellow emcees: Dante “Akil” Givens, Courtenay “Zaakir” Henderson, and Marc “Marc 7” Stuart. Their words move like a basketball on a good basketball team. It’s effortless, light and smooth, with hooks being dished off like the rock when someone gets to that open look. It all seemed ego-free, as if each member had an oar and knew that the boat won’t go unless they all did their fair share of rowing.

That included the group’s two DJ/producers: Lucas “Cut Chemist” MacFadden and Mark “DJ Nu-Mark” Potsic. While creating the foundation for which the emcees could build on, Cut Chemist and DJ Nu-Mark pulled from a variety of styles and genres like soul, jazz, pop and rock, as well as obscure instructional records and children’s stories. They created a vibrant background that meshed perfectly with the playground cadence’s of the front line emcees. In many ways, “Concrete Schoolyard,” along with “Jayou,” would become quintessential Jurassic 5 tracks: upbeat, paying homage to the old days and anchored by colorful samples.

Jurassic 5 toed the line between easy going, school yard spitting and meticulously crafted and rehearsed rapping. It was the only way they could sound as natural as they did. You can hear where they came from, how they were drawn together, having all come from separate groups, and subsequently how they were able to find the way way in which to weave all of their different voices and styles together to “take four emcees and make them sound like one,” as they say in “Improvise.”

Two years after their self-titled debut, they released their major label debut, having been signed to Interscope in 1998. Quality Control was more polished than it’s predecessor; those major label dollars and resources being put to good use. Power in Numbers came another two years later and featured the group experimenting more, messing with form, structure and basic hallmarks of traditional hip hop. “React” is basically an instrumental, with the only vocals being samples dropped by Cut Chemist and “Acetate Prophets” is an instrumental driven by DJ Nu-Mark. The album features guest spots by Big Daddy Kane, Nelly Furtado and Kool Keith and would be their last with Cut Chemist. They’d release one more, Feedback, before splitting up in 2007. 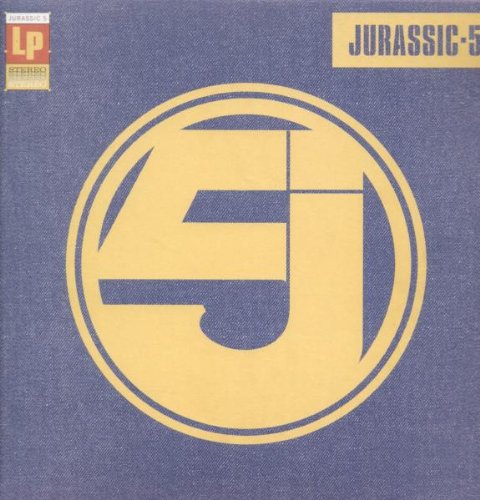 A deluxe version of Jurassic 5 was released in 1998, commemorating the tenth anniversary of it’s release. The group got back together in 2013, playing Coachella, in addition to a handful of shows in Europe. In the summer of 2014, they embarked on a full-fledged reunion tour and in 2016, they released their first new music in nearly a decade.

Reunion tours and new single aside, Jurassic 5 had a relatively short run, a tick longer than a decade that produced a couple of albums and a legacy-defining EP. I don’t know if they’re a group that new listeners discover anymore or if they’ve essentially been lost to the annals of history, but for those who were listening to music in between 1998 and 2004, Jurassic 5 was inescapable. Because of that, they’ve managed to not quite be forgotten, something that surprised even the group when weighing their options regarding reuniting in 2013.

“You decide to agree to disagree because of the bigger picture,” Chali said earlier this year. “That’s kinda what we did. Plus, we had cool ass offers that we never had before. We never had these type of offers before. We were like, ‘We put out a record damn near seven, eight, nine years ago? And people are offering us this?’”

In that same interview, Chali admitted that the group has been kicking the tires on a new album, saying “we know it’s time.”

Whether or not it is indeed time for a new Jurassic 5 album is worthy of discussion, but also not pressing. I don’t know if it is or not. It’s hard when it’s a group like Jurassic 5, a group with a career that feels like a comet, something that screeched across the sky, existed in our lives for a brief time, then was gone. But during that time, they’re impact was immeasurable and the releases they produced, especially that debut album, has lived on and endured much longer than anyone could have expected.

Jurassic 5 were able to create music that was timeless, unattached to a particular era. Their first full length, Jurassic 5, sounded both vintage and futuristic at the same time, the product of six artists pulling from their past to create their future. If they were to turn down the idea of a comeback, of getting back together and releasing another album, their legacy would endure. Those first few notes of “In the Flesh” or “Concrete Schoolyard” would start and fans would instantly be transported back to the fond memories associated with them. They created a soundtrack for a brief moment in time and future projects be damned, that’s something that can never be taken away from them.