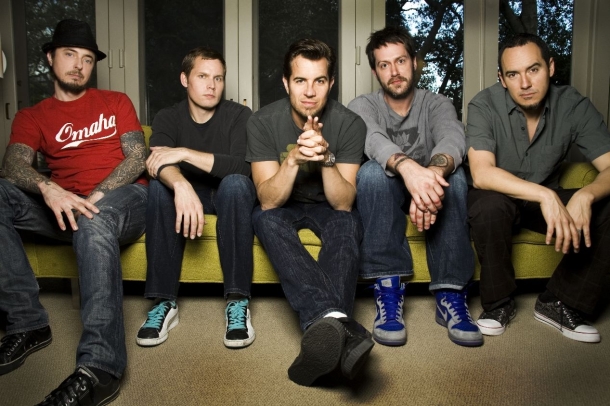 Which one of these news tidbits do you find more surprising?

A plane, a large plane at that, vanished into thin air.

Ok, you probably find the tidbit about the plane more surprising. Rightfully so. Because let’s be honest, that shit is just weird. I mean, it just disappeared. These aren’t your keys, not the TV remote, not someone’s phone number. This is a plane. A missing plane. Lost jokes aside (and please, let’s all agree to put those jokes aside) a plane seemingly vanishing off the face of the Earth is some wild shit.

But if that whole thing about the plane never happened, you could easily say that 311 releasing a new album would be the most surprising thing you’ve heard this month.

311 did in fact release a new album this week. It’s called Stereolithic. It’s the band’s eleventh album, not counting the greatest hits album they released in 2003 and a live album they released a few years before that. Stereolithic comes just over twenty years after 311 released their first legitimately and widely recognized album, Music. So yeah, congratulations, sirs. This new album is also their first to be released independently.

Stereolithic is good- if you are either A) a diehard 311 fan or B) have recently woken up from a coma and prior to falling into said coma, were a big 311 fan. What I’m trying to say is that Stereolithic sounds like 311- sounds like they always have and apparently sounds like they always will. Some bands change or grow over time and some don’t. 311 haven’t. The beats are the same, the chunky, heavy guitar riffs are the same, the dueling vocals of Nick Hexum and S.A. Martinez are the same. Nearly every song on this new album would have a home on any other 311 album.

Actually, most of these new songs wouldn’t have made the cut on any of the band’s earlier, more superior albums. 311 have not aged all that well unfortunately.

And it is unfortunate because I am a 311 fan. I’m not the diehard fan I was back in the day, when their self-titled album came out in 1995, when I listened to their first three albums constantly, when I braved a massive rain storm during an outdoor show of theirs in Old Orchard Beach with De La Soul and Rustic Overtones. I’m not even the resurgent fan I was during my Sidecar days or during the summer of 2007, when I saw them in Philly and fell back in love with them. 311 is but a casual acquaintance of mine these days. We see each other on the street and we say what’s up, but we’re not calling each other to hang out and grab a drink. We don’t really have much to talk about anymore. These things will happen with someone you’ve known for twenty some years. You either get closer or you drift apart. 311 and I have drifted apart.

To be completely honest, I didn’t even really know they were still together anymore. Or if they were still together, I figured they were just a live act now- spending their summers frequenting the amphitheaters and shells they’ve rolled through for years, towing along bands like Slightly Stoopid, the Offspring and G. Love, among others. Why even bother releasing new material if you’re 311? People like you because of who you were, what you meant to them back then– back during their formative years when they blasted your albums on the way to the beach or while working their first after school jobs in high school. New songs during a 311 concert in the past five to ten years have existed solely to provide concert goers with a bathroom break. I’m not being harsh, I’m being honest. There wasn’t one quality song on their 2005 album, Don’t Tread on Me, and until twenty minutes ago, I thought that was the last album they released. No man. They’ve released two since then, as well as a reissue of their 1995 self-titled album. I don’t have the numbers in front of me, but I’d bet hard-earned cash money that the reissue outsold either of the new albums- if not all of them combined. That self-titled album was definitely one of those albums we all collectively lost at some point during college and had to buy again.

If the songs on Stereolithic didn’t sound so much like every other 311 song, then it would be a different story. Oddly enough, it’d probably be a story about the pitfalls of a band changing it’s sound over the years and getting away from what they did best. I’m not sure what then is more admirable- sticking with what works for so long or changing it up over time. What takes more balls? I don’t know. I can’t decide.

All I know is that I’m listening to Stereolithic right now and really just waiting for it to be over so I can listen to some of the band’s older stuff, to get this taste out of my mouth. 311 exists so nicely in my memory. I don’t need an album like this polluting that memory. Ultimately I just don’t get it; I don’t understand the point. Maybe you do if you’re a bigger fan of the band’s that am I. Props to you, buddy. But even if you are a bigger fan, wouldn’t you be even more disgusted than I am?

This album is the unnecessary sequel that threatens to ruin your favorite movie or a spin off of a beloved television show. I’d think that at some point you have to question the damage continuing to release new material will do to your legacy. Phil Jackson can take a chance and join the Knicks. His legacy is firmly intact. But 311 aren’t so lucky. Their legacy is questionable- if only because it’s so debatable how strong of a legacy it is. They seem to be one of those bands who would benefit from only creatively existing in a small amount of time. If they had fewer songs, those would seem more important, greater than they might be. Instead, they’re saturating their own market. And I’m not an economist, but even I know that’s not a good thing.

I’ll never fault any artist for creating new work. But I just think that at some point you have to be careful about what your new material might possibly do to your old work- if releasing new material will have a positive or negative affect. Or if it’ll even have an affect at all. Bruce Springsteen releases a new album, not much changes. Pearl Jam were in jeopardy of tarnishing their legacy before they re-discovered themselves and came storming back towards relevance. The Who can keep touring, but no one is really taking them seriously anymore. The longer you’re around, the bigger of a legacy you create. It then becomes fragile. A legacy can be destroyed much easier than it can be cemented.

I don’t know if 311 will affect their legacy with Stereolithic or not. All I know is that it’s a shame that’s even a question.